Clinical Applications of Psychedelics for Anxiety 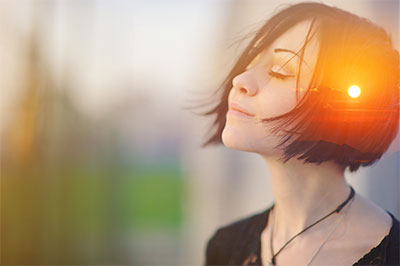 In 2018, researchers from Johns Hopkins University recommended that psilocybin (the active compound in magic mushrooms) be reclassified for medical use, paving the way for the psychedelic drug to be used for anxiety and depression and to help people stop smoking.

In actuality, psilocybin is just one of a number of psychedelic substances which can potentially treat psychiatric disorders. Other such substances found to have therapeutic benefits in the treatment of mental health include the following:

The primary areas of research for psychedelics and mental health are anxiety, depression and addiction. Research has shown that these psychedelic substances have shown improvements in people with mental disorders such as obsessive-compulsive disorder, post-traumatic stress disorder, alcoholism, and depression.

When most people think of posttraumatic stress disorder (PTSD), they associated it with war veterans. In fact, about 11-20 out of every 100 veterans suffer from PTSD. Non-veterans in the U.S. also suffer from PTSD, often stemming from a life experience involving serious accidents, life-threatening illness, physical or sexual abuse, or natural disasters.

PTSD can be easily triggered with a memory or stimulus, causing intense fear and anxiety, and can be extremely debilitating. Several evidence-based psychotherapies and medications are available to treat PTSD. However, many people with PTSD do not respond to traditional treatments, placing them at risk for developing a chronic course of illness and poor long-term outcomes.

Patients with PTSD who fail to respond to established treatments are at risk for chronic disability. Although treatment-resistant PTSD (TR-PTSD) is a common clinical problem, there is currently no standard method of treatment. One area of research that has shown the most promise for treating TR-PTSD is the use of psychedelic drugs.

MDMA (3,4-methylenedioxy-methamphetamine), the drug known by the street names “ecstasy” or “molly” has shown great potential in the treatment for PTSD. In fact, the drug is so effective, it has actually eliminated symptomology in PTSD patients. MDMA is a psychoactive drug primarily used as a recreational drug. The desired effects include altered sensations, increased energy, empathy and pleasure.

Beginning in the early 2000s, studies conducted by the Multidisciplinary Association for Psychedelic Studies (MAPS) sought to understand how MDMA could be helpful in the treatment of anxiety and advanced stage cancer. In a 2019 study, MAPS researchers examined 107 participants with chronic, treatment-resistant PTSD who had suffered from the disorder for an average of 17.8 years. Out of the 107 participants, 61% no longer had PTSD after MDMA-assisted psychotherapy two months after the treatment. At the 12-month follow-up session, 68% no longer had PTSD.

Research conducted by MAPS in conjunction with the Medical University of South Carolina found that after two sessions of psychotherapy combined with MDMA, a majority of 26 combat veterans and first responders with chronic PTSD who had not been helped by traditional methods saw significant decreases in symptoms. The improvements were so dramatic that 68% of the patients no longer met the clinical criteria for PTSD. Patients taking the drug also experienced drastic improvements in sleep and became more conscientious.

The results, which mirrored those of similar, small-scale studies of the illegal drug in recent years, came as MDMA was about to enter larger trials. Based on previous results, the FDA gave MDMA breakthrough therapy status in 2016 in order to speed approval. If the large-scale trials replicate safety and efficacy results, the drug could be approved for legal use by 2021.