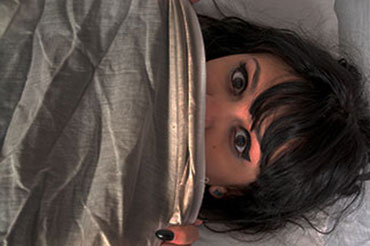 Nighttime or nocturnal panic attacks appear to occur with no obvious trigger and typically awaken the person from a sound sleep. The individual tends to experience the same symptoms as a daytime panic attack, including rapid heart rate, trembling, sweating, shortness of breath, and a sense of impending doom.

Just as with the daytime panic attack, the symptoms are extremely alarming, even mimicking a heart attack or other life-threatening medical conditions.

Panic attacks have been well-research. However, it’s the exact cause of panic attacks remains unknown. Contributing factors most likely include genetics, stress and significant changes in the way the brain works. Research has found that there can be underlying conditions that cause nocturnal panic attacks, such as a sleep disorder. If you suspect this might be the case, talk with your primary care physician about the possibility of being tested for underlying conditions.

What is Known About Nocturnal Panic Attacks

Although nocturnal attacks have been studied, not much is known about how they differ from daytime panic attacks. What is known is that individuals who experience a nighttime panic attack often think that their panic problem is worsening. However, research has found that between 50 and 70 percent of people with panic disorder will experience at least one panic attack at night.

Panic disorder is diagnosed in people who experience spontaneous, unexpected panic attacks and are preoccupied with worry about recurring panic attacks. According to the Anxiety and Depression Association of America, six million American adults suffer from panic disorder. Onset is usually in early adulthood and women are twice as likely as men to develop panic disorder.

How to Respond to Nighttime Panic Attacks

If you are awakened by a nocturnal panic attack, the odds of falling asleep again immediately are often low. Give yourself a few minutes to see if you can relax and fall back asleep. If that doesn’t seem possible, get up and engage in some simple activity to distract yourself. Have a drink of water, check on your pet, or do some gentle stretching.

Once you feel ready to go back to sleep, return to bed. If you still feel too awake to go back to sleep long after the nocturnal panic attack has ended, consider watching television, reading or doing some boring, menial chore, like doing the dishes.

Psychotherapy and in particularly cognitive behavioral therapy has been found to be helpful in treating panic attacks. Cognitive-behavior therapy has two components that have been found to address panic attacks: 1) identifying and changing the distorted thinking patterns that maintain anxiety (cognitive therapy), and 2) desensitizing anxiety through exposure to feared situations (behavior therapy). The emphasis placed in on these depends on the nature and degree of anxiety and panic attacks.