L-Theanine for Anxiety and Sleep 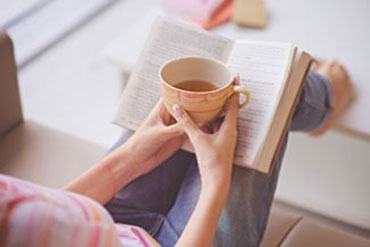 According to the Anxiety and Depression Association, anxiety disorders are the most common mental illness in the United States, affecting around 40 million adults.

The effects of anxiety spill over into every crevice of life, and perhaps one of the hardest consequences of anxiety is how it messes with sleep.

Treatment of anxiety disorders—or at least symptom-management approaches—are for the most part keeping up with the increasing incidence, but there is still so much undiscovered terrain in the human brain. Mental imbalances are complex, multifactorial, and personal, and the way they’re treated and managed should reflect this complexity.

Whether you suffer from debilitating diagnosed anxiety or are more of an intermittent worry-er, there are a few simple things you can do every day to help chill out your brain. One daily habit to incorporate? Drinking tea. Powerhouse ingredient L-theanine might help treat your anxiety and help you get a better night’s rest.

Apart from the mentally calming effects of the ancient ritual of tea drinking, the actual tea itself has some real neurological benefits according to several emerging scientific publications showing that L-theanine—a calming amino acid in tea, lowers anxiety and increases relaxation.

Sleep and The Blood-Brain Barrier

L-theanine has been shown to cross the blood-brain barrier, within about 30 minutes of taking it, and increase alpha-wave brain production—the same brain bandwidth that occurs during deep relaxation and meditation. Meditation is widely accepted as a remedy for just about every mind-body ailment, and now you can, at least theoretically, reap some benefit by doing a deed that takes half the time and tastes delicious.

L-theanine has been shown to smooth out brain waves without flattening them, increasing alpha waves and promoting relaxation but not causing any drowsiness or sedation, like most other anxiolytics tend to do.

L-theanine appears to have a similar balancing-out effect on neurotransmitters—lowering the excitatory ones (glutamate) and boosting those that inhibit excitement.

L-theanine improves the production of the main inhibitory neurotransmitter in the nervous system: GABA (gamma-aminobutyric acid), a chemical made by the brain (and often used as a natural supplement) to promote sleep, improve mood, and ease anxiety.

At the same time, L-theanine has an antagonistic effect on glutamate receptors, lowering and stabilizing levels of the main excitatory neurotransmitter in the brain: glutamate.

The Sympathetic Nervous Response and Relaxation

L-theanine seems to lessen the blow of the sympathetic nervous response. Research has shown that L-theanine supplementation (200 milligrams in this randomized controlled trial) can prevent the abrupt rise in blood pressure and reduce the heart rate (HR) and salivary immunoglobulin A (s-IgA) responses to an acute stress task.

Not only does L-theanine reduce feelings of stress and anxiety in the first place, but once you’re feeling stressed and anxious, it actually attenuates the immediate stressful effects of stress.

While L-theanine doesn’t seem to directly induce sleep, it may help it in a number of ways, most obviously by promoting relaxation before sleep and, again, doing so without knocking you out like most other sleep aids do.

More research is needed, particularly on a bigger, non-ADHD adult population, but the argument for L-theanine as a safe sleep aid is strong so far, and considering all the other health-protective effects of green tea, it seems wise to incorporate a few cups of tea into your day.

L-theanine is available in green, black, and white teas, with green tea containing the most L-theanine. Green tea contains small amounts of caffeine but, if you can tolerate it, has the added bonus of containing healthy catechins and flavonols that offer further overall health-protective benefits.

The L-theanine content of tea varies considerably, with estimates at around 1 to 2 percent of the dry weight of leaves and a single cup of tea containing around 25 to 60 milligrams of L-theanine. Data indicates that L-theanine, at realistic dietary levels as low as 50 milligrams, has a significant mental effect (on alertness or arousal). L-theanine is generally well-tolerated by healthy adults, for whom typical doses range from 100 to 400 milligrams for specific conditions.

L-theanine may lower blood pressure—and thus could interfere with blood pressure medications/supplements, as well as with stimulating agents, like supplements that contain caffeine. As always, consult your doctor or integrative or functional medicine practitioner before you begin taking a supplement or make any changes to your existing medication and supplement routine. Together you can go over any possible interactions/side effects and find the kind, dose, and brand that’s best for you depending on your unique current health profile. Remember to consult a medical practitioner to sort out the best plan for you.