How Vitamin B1 Helps Depression 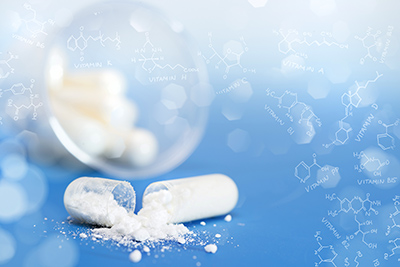 Thiamine, also known as thiamin or vitamin B1, is a vitamin found in food and manufactured as a dietary supplement and medication. Food sources of thiamine include whole grains, legumes, and some meats and fish. B1 plays a critical role in energy metabolism and in the growth, development and function of cells.

The brain is highly vulnerable to thiamine deficiency due to its heavy reliance on mitochondrial adenosine triphosphate (ATP) production. ATP is a complex organic chemical that provides energy to drive processes in living cells, such as muscle contraction, nerve impulse propagation and chemical synthesis. Found in all forms of life, ATP is often referred to as the “molecular unit of currency” of intracellular energy transfer.

Vitamin B1 Deficiency and Depression

Thiamine deficiency contributes to a number of conditions spanning from mild neurological and psychiatric symptoms (confusion, reduced memory, and sleep disturbances) to congestive heart failure, muscle atrophy and even death.

A direct correlation between thiamine deficiency and symptoms of major depressive disorder (MDD) was observed in a population of 74 individuals with history of malnutrition. These findings were confirmed by another study involving 118 geriatric patients.

Given that antidepressants work slowly, there’s interest in a means to accelerate their therapeutic effect and to reduce side effects. In this regard, thiamine has been used as an adjuvant to hasten the effects of antidepressants. In a 12-week, randomized, double-blind clinical trial, 51 inpatients with MDD were randomly assigned either to thiamine supplementation or placebo. Patients in both groups received SSRI antidepressants and their symptoms were measured at 3, 6, and 12 weeks. Between baseline and the end of the study, depression had reduced in both groups. However, adjuvant thiamine significantly improved symptoms of depression after 6 weeks of treatment whereas it did not show any improvements at that time in the placebo group. Furthermore, improvements remained stable and no adverse side effects were reported in either group. These results suggest people with MDD who are on antidepressants may get symptom relief faster with the addition of thiamine.

People often don’t realize that they have a thiamine deficiency because the symptoms are subtle and can be overlooked. Since the human body is unable to produce thiamine, it must be consumed through various thiamine-rich foods or from a supplement.

Thiamine does have potential side effects. It can interact with some medications, such as some antibiotics. Also, too much can cause a variety of reactions such as warmth, severe allergic reaction (anaphylaxis), restlessness, itching, hives and fluid in the lungs (pulmonary edema). In rare cases, some people may be allergic to thiamine supplements. As with any nutritional supplement, the chances of side effects can be minimized by staying within your health practitioner’s recommended dosages.