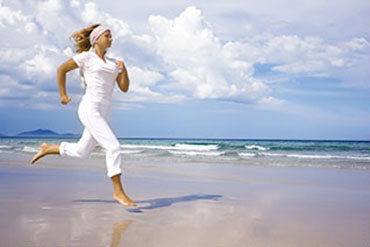 Cognitive Behavioral Therapy (CBT) is a psychotherapyapproach shown to be effective in numerous clinical trials for a wide variety of disorders, most notably anxiety and depression.

Not only is CBT probably the most common psychotherapy, it is the easiest method to learn and virtually any therapist can use it effectively. In order to understand how simple CBT is, it can help to learn about how it developed.

Aaron Beck developed CBT based on theories he studied during his psychoanalytic education. Beck focused on the role of cognitive distortions in depression and anxiety.

Beck has extended his theoretical work to substance abuse, personality disorders, and the severe psychiatric disorders. His CBT therapy is empathic and collaborative, helping clients recognize the role of their beliefs in their problematic behaviors through a process of Socratic explorations.

CBT holds that problems, such as anxiety and depression, are the result of incorrect cognitions taking the form of distorted thoughts and judgments. Depressive thoughts are sometimes learned socially through observation of others. Additionally, anxious and depressive cognitions can result from a lack of experiences that would facilitate the development of adaptive coping skills.

This negative thinking and judgment style functions as a negative bias and makes it easy for anxious and depressed people to see situations as being much worse than they really are. In turn, this increases the risk that such people will develop anxious and depressive symptoms in response to stressful situations. 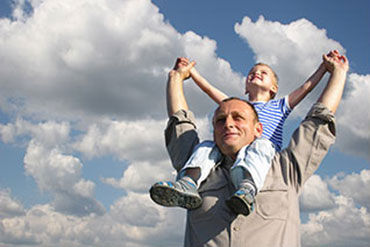 Several cognitive behavioral psychologists have developed perspectives on cognitive therapy. Beck believed that negative thoughts are produced by dysfunctional beliefs that are often the main cause of symptoms.

Beck said there are three primary dysfunctional belief themes — which he called “schemas” — that monopolize the thoughts of a person with depression: 1) That they are defective or inadequate, 2) All of their experiences result in defeats or failures, and 3) The future is hopeless. Together, these three themes are described as the Negative Cognitive Triad. When these beliefs are present in someone’s cognition, depression is very likely to occur — if it has not already happened.

However, ii your thinking process was dominated by the negative cognitive triad, however, you would very likely conclude that your layoff was due to a personal failure; that you will always lose any job you might manage to get; and that your situation is hopeless. On the basis of these judgments, you will begin to feel depressed. In contrast, if you were not influenced by negative triad beliefs, you would not question your self-worth too much, and might respond to the lay off by dusting off your resume and initiating a job search.

In addition to the negative content of dysfunctional thoughts, a person’s beliefs can distort what they pay attention to.

Cognitive behavioral therapists believe that depressed people pay selective attention to aspects of their environments that confirm what they already know and do so even when evidence to the contrary is right in front of their noses. This failure to pay attention properly is known as faulty information processing.

I conducted a major study on CBT and depression with 286 participants using the Beck Depression Inventory. As I mentioned earlier, CBT is a very simple therapy that any psychotherapist can perform.