It some respects, the different types of humanistic psychotherapy approaches were influenced by what were the three forces of psychology at the time: psychoanalysis, behaviorism, and humanism.

Behaviorism developed from the psychotherapy developed from Ivan Pavlov’s research into the conditioned reflex, which became known as the science of behavior.

Abraham Maslow eventually began calling behaviorism the second force of psychology. The first force has been based on Freud’s work as well as that of numerous others working in the area of psychoanalysis. Theorists working with psychodynamics looked at the potential of the human psyche, which were though to be made up of a conscious and unconscious mind.

In the late 1950s, a group of psychologists concerned with advancing a more holistic vision of psychology convened two meetings in Detroit, Michigan.

The psychologists, including Abraham Maslow and Carl Rogers, began pursuing the idea of creating a branch of psychology that examined characteristics that were uniquely human, such as self-actualization, creativity, and the search for meaning. They called this humanistic psychology and considered it to be the third force in psychology. 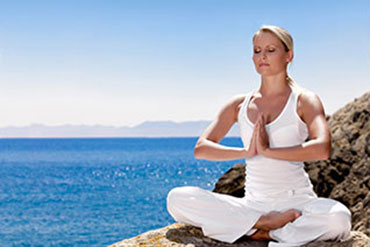 Humanistic psychology has several approaches to psychotherapy. The methods and ideas of human development include Abraham Maslow’s theory of hierarchy of needs and motivations as well as self-actualization.

Another important approach came from Carl Rogers and his concept of client-centered which focuses on the clients’ inherent abilities and capacity for influencing their own development.

Other types of humanistic therapy included Gestalt, depth therapy, holism, encounter groups,
sensitivity training, various marital and family therapies, and even body work. Many of these became popular at retreats and workshops such as those held as Esalen in Big Sur, California.

Holistic is concerned with wholes or with complete systems rather than with the analysis of, treatment of, or dissection into parts Holistic health is a concept in medical practice upholding that all aspects of people’s needs including psychological, physical and social should be taken into account and seen as a whole.

Holistic mental health holds that disease is a result of physical, emotional, spiritual, social and/or environmental imbalance, is used in alternative medicine.

Humanistic psychology approaches have a holistic view of mental health that extends beyond the medical model of psychology in order to open up a nonpathologizing view of the person. The humanistic therapist tends to take the focus off of diagnostics and pathology and instead looks at the the healthy aspects of the client.

The critical aspect of this approach is the connection between the therapist and client. The focus of humanistic therapy is to assist the client is experiencing what Maslow called “self-actualization,” or becoming the best person he or she is capable of becoming.