Types of Depression and Mood Disorders 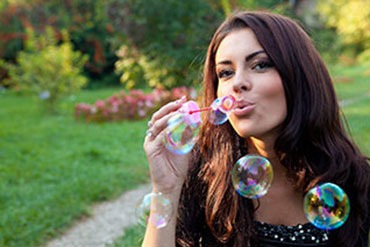 Only a qualified mental health professional can help a person determine whether or not they have depression and, if so, what type of depressive disorder.

Depression counseling can also help an individual understand how it can be treated and how it can affects their personal and professional life.

The Diagnostic and Statistical Manual of Mental Disorders (DSM-5) basically breaks depressive disorders into three main areas: 1) major depression, 2) dysthymia, and 3) bipolar disorder (also called manic depressive disorder). the following provides some information on how they can be distinguished from each other.

Symptoms of the Three Main Types of Depression

Major depression can occur as a single episode of depression completely disappears after treatment. This is often the case when the depression was situational, such as being caused through a life changing event such as the death of a loved one. However, in many instances, episodes of major depression happen numerous time over the course of the person’s life time. Depression treatment with psychotherapy is crucial with major depression in order to prevent reoccurring episodes, sometimes referred to as relapses.

The diagnosis of major depression is given after an episode of severe depression lasting for two weeks or longer. The person’s mood is generally so depressed that they are unable to do things they used to enjoy, and when it gets bad enough, they cannot even work. Major depressive episodes usually have a finite duration and can last from several weeks to several months. 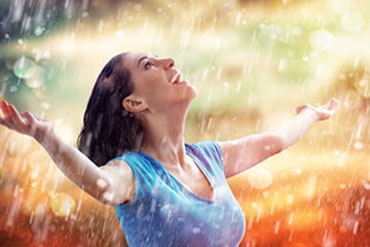 Dysthymia, or dysthymic disorder, is typically less debilitating than major depression because the symptoms of depression are — while generally of the same type — not as strong as those experienced with major depression.

In most instances, dysthymia does not totally disable the person patient from daily activities as does major depression. However, dysthymia prevents the person from ever really feeling good, enjoying life to the fullest, and from performing well at work. Additionally, a large number of dysthymia sufferers also experiences major depressive episodes at some point in time during their lives, especially if they are not receiving ongoing psychotherapy.

Dysthymia can last for years or decades and is sometimes so mild that people are unaware they have it. The typical Dysthymic person is functional, but feels as though he or she is simply going through the motions of life and not getting any real enjoyment out of it. While dysthymia is less acute than major depression, it isn’t much more pleasant for the person suffering from it, and requires treatment, as well.

Manic phases are typically characterized by feelings and gestures of overconfidence, outgoing, over talkative, and overactive. Bipolar patients in the manic phase tend not to consider consequences and may behave in embarrassing and potentially even dangerous ways.

The cycle of going from a manic high, to a depressed low, to a manic high, can vary greatly, even within one person. Generally this cycle is not less than a few days and not more than a few months. Depression treatmentoften involves medication management and supervision because bipolar patients can have difficulty staying on medication.

If left untreated, symptoms of depression can worsen. Depression counseling can help the patient to distinguish the depressive phases of a particular depressive.

In many cases, alternative medicine therapies can be used to treat depression and/or to support classic medical treatment of the type of depression.