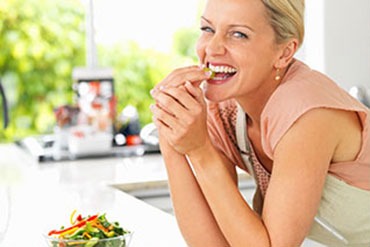 While the modern diagnoses of anorexia nervosa, bulimia nervosa, and binge eating disorder were first recognized as major health problems in the 1950s, many of the behaviors that characterize the types of eating disorders have been practiced for centuries.

Of off the types of eating disorders, anorexia has the highest mortality rate. A person with anorexia does not eat enough to maintain a healthy weight. They believe that they weigh too much no matter how thin they get. The thought of gaining any weight creates anxiety.

The onset of anorexia is usually during adolescence. Although it primarily affects females, males can also become anorexic. The most distinguishing feature of someone with anorexia is the fact that the person weighs less than 85 percent of the normal weight for a person their age and height.

Extreme use of exercise, vomiting, and laxatives/diuretics use is also common. Severe anorexia can be life threatening, with the gravity of problems including gastrointestinal disease and cancer. Some symptoms that are more unique to anorexia nervosa include:

The Diagnostic and Statistical Manual of Mental Disorders (DSM-IV) defines two forms of anorexia. The first is called “Restricting Type” and refers to food restriction which is done by a variety of methods including food restriction, fasting, starvation, and exercise. The second type of anorexia is called the “Binge-Eating/Purging Type” which includes behaviors that are bingeing and purging. Purging is often done using calorie restriction and fasting, but drug abuse and vomiting is also common. 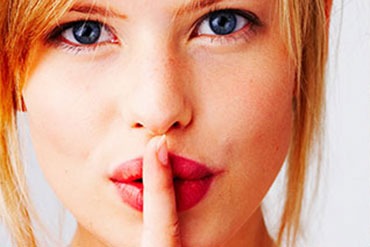 Bulimia, also known as bingeing and purging, is more common than anorexia, and usually affects teenage girls and women in their twenties. Unlike those with anorexia, some people affected by bulimia maintain normal or even excessive body weight.

Binge eating involves more than just eating a lot. With binge eating, a person feels out of control and powerless to stop eating while he or she is doing it. That’s why binge eating is also called compulsive overeating.

The key diagnostic features for binge eating disorder according to the DSM-IV are as follows:

Because these patients tend to conceal the true nature of their illness, they often convince doctors to engage in expensive tests, and may be diagnosed with other co-occurring condition like malabsorption, pituitary disease, gastric problems, and food allergies while their eating disorder remains overlooked. Experts in the field of eating disorders treatment use a multidisciplinary approach that involves nutritional counseling and other health professionals as needed.