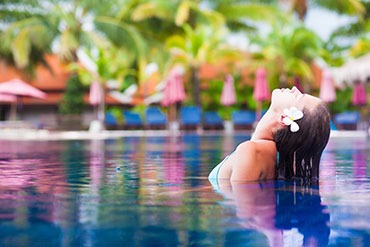 Approximately 7.7 million American adults age 18 and older (about 3.5%) have posttraumatic stress disorder, often referred to as PTSD. Women are more likely than men to develop PTSD and require PTSD treatment.

PTSD can occur at any age, including childhood, and there is some evidence that susceptibility to PTSD may run in families. The disorder is PTSD is often accompanied by depression, substance abuse, or one or more other anxiety disorders.

Posttraumatic Stress Disorder Can Happen To Anyone

Posttraumatic stress disorder is typically associated with war veterans. About 19% of Vietnam veterans experienced PTSD at some point after the war. However, the disorder also frequently occurs after violent personal assaults such as rape, mugging, or domestic violence, terrorism, natural or human-caused disasters, and accidents. Symptoms of PTSD can include the following:

Fortunately, not every traumatized person gets full-blown posttraumatic stress disorder, or needs PTSD treatment. PTSD is diagnosed only if the symptoms last more than a month. In those who do develop PTSD, symptoms generally begin within 3 months of the trauma.

The course of the illness varies with some people recovering within 6 months, while others have symptoms that last much longer. In some cases, the condition becomes chronic. In a small percentage of people, PTSD doesn’t show up until years after the traumatic event but still requires treatment.

During a traumatic event, you think that your life or others’ lives are in danger. You may feel afraid or feel that you have no control over what is happening around you. Most people have some stress-related reactions after a traumatic event; but, not everyone gets PTSD or requires PTSD treatment. If your reactions don’t go away over time and they disrupt your life, you may have posttraumatic stress disorder. 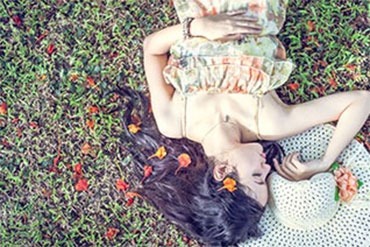 Most people who go through a trauma have some symptoms at the beginning. Only some will develop PTSD over time. It isn’t clear why some people develop PTSD and others don’t. Research has shown that whether or not you get PTSD depends on many things including:

PTSD has been well research by the Veterans Administration. Research during PTSD treatment has shown that the symptoms of PTSD usually start soon after the traumatic event, but they may not appear until months or years later. They also may come and go over many years. If the symptoms last longer than 4 weeks, cause you great distress, or interfere with your work or home life, you might have PTSD. There are four types of symptoms of PTSD:

Psychotherapy for PTSD involves meeting with a therapist for PTSD treatment. There are different types of psychotherapy that help. Cognitive behavioral therapy (CBT) is the most effective treatment for PTSD.

There are different types of CBT. such as cognitive therapy and exposure therapy. One type is Cognitive Processing Therapy (CPT) where you learn skills to understand how trauma changed your thoughts and feelings.

One form of therapy used for PTSD and other anxiety disorders is Prolonged Exposure (PE). With PE, the person talks about the trauma repeatedly until memories are no longer upsetting. The therapist also takes the clients to places that are safe, but that they have been staying away from because they are related to the trauma. Another helpful therapy for PTSD is called eye movement desensitization and reprocessing (EMDR). This therapy involves focusing on sounds or hand movements while you talk about the trauma.

While CBT can initially be effective, the results can be limited because only addresses a person’s thoughts and ignores virtually every other dimension of the person.

I have found that a transpersonal therapeutic approach to PTSD helps to address these other dimensions, such as spirituality. It is common for people with PTSD clients to seek religion and spirituality as part of the healing process. While CBT and psychodynamic therapies focus primarily on the ego and personality, spiritual considerations are typically ignored.