Complementary and Alternative Treatments for Dementia 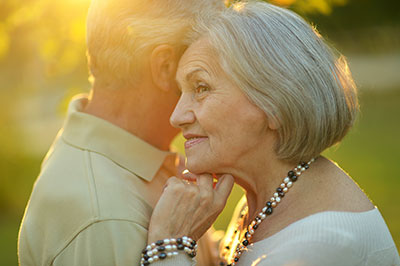 Over the past few decades, there has been a growing number of herbal remedies, dietary supplements and other therapies promoted as treatments to delay or prevent various forms of dementia.

As the claims about the safety and effectiveness of these products grow, so does the body of scientific research. The following represents some of the most promising treatments.

A healthy diet has been shown to reduce the risk of dementias and may also help slow progression. Eating fish and leafy green vegetables, such as spinach, kale, and romaine lettuce, and cruciferous vegetables such as broccoli and cauliflower, can have a positive effect. Fruits and vegetables high in color often contain chemicals called antioxidants that help protect cells from damage. Other foods being studied for possible brain-protecting effects include turmeric, a yellow spice used to make some curries and soy protein.

While additional research is required, studies have demonstrated that mental exercises, such as puzzles and brain-training games, may assist in slowing the progression of cognitive issues, such as memory loss and thinking skills. Popular brain exercises include Sudoku, crossword puzzles and websites and software that offer cognitive games. Other brain exercises include playing board games or card games and reading books.

The most commonly mentioned herbal medicine in the treatment of dementia symptoms is ginkgo biloba, an extract taken from the leaves of the ginkgo tree. This extract is rich in antioxidants and is commonly used to improve a wide range of bodily functions, from circulation to mental function. There is evidence that shows the benefit of ginkgo biloba for dementia patients and in general it seems to have few side effects. It may prevent or delay the onset of dementia, help with memory issues, and may even help slow the progression of the disease.

Other supplements used by individuals with dementia include supplemental nutrition such as:

As with gingko biloba, vitamin E and selegiline are rich in antioxidants. Low levels of vitamin E over an extended period of time have been linked to the development of dementia. The hormone melatonin, normally secreted by our own bodies, can help individuals who have insomnia and other problems related to the sleep-wake cycle, such as sundowning (symptoms of confusion, disorientation, and agitation getting worse at night).

As mentioned, eating a lot of fish has been observed to be associated with a reduced risk for dementia. Currently, studies are looking at whether taking fish oil or DHA, a polyunsaturated fatty acid found in fish, might slow down damage to the brain in someone with dementias.

The use of lemon balm may improve cognition and mood in the treatment of Alzheimer’s disease, and lavender oil may reduce occurrences of aggressive behavior in dementia.

Research has specifically highlighted the potential benefits of the use of lemon balm (Melissa officinalis) to improve cognition and mood in the treatment of dementias, and lavender oil to reduce occurrences of aggressive behavior in dementia.

There is some evidence that massage can help manage symptoms associated with dementia, such as anxiety, agitation and depression. Massage is often combined with aromatherapy. Aromatherapy is based on the theory that essential oils, derived from plants, have beneficial properties. The oils are concentrated and it is important to use them according to instructions, for example diluting them before applying to the skin. Many types of aromatherapy can be used at home.

Generally, complementary and alternative treatments are methods used to address symptoms of a disease that may or may not involve natural herbs and supplements, as well as different approaches outside of mainstream medicine to improve someone’s functioning and quality of life.

Mantle D, Pickering AT, Perry EK. Medicinal plant extracts for the treatment of dementia: a review of their pharmacology, efficacy and tolerability. CNS Drugs 2000; 13: 201–13.