Are You A Stonewaller? 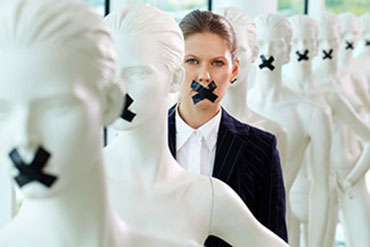 This behavior is exhibited to gain leverage or power over the other person. Stonewalling effectively shuts down conversation before it begins. It creates a demand – withdraw pattern in a relationship. When one person withdraws, the other person becomes increasingly demanding in response which leads to anxiety, frustration and further conflict within the relationship.

When talking about the type of relationship, it could be a marriage or it may be a casual relationship, such as two people in a social situation.  One thing that is consistent is that the stonewaller demonstrates this behavior throughout all her relationships; casual as well as supposedly intimate. It is not as much a matter of temperament as it is learned behavior from childhood that further develops with time.

The stonewaller continually invalidates people, subtly yet rudely redirecting the conversation. She is unwilling to add to issues at hand even as they continue to build beneath the surface. This breeds anxiety, unnecessary tension and drama which could have easily been avoided by lending a listening ear and a willingness to converse.

In romantic relationships, the stonewaller usually starts off in the beginning giving their partner maximum attention, love and support. If she doesn’t do this initially, she is unable to attract a partner. As the relationship develops, so does the stonewalling. Over time, the partner who is being stonewalled becomes submissive and ultimately resents her being controlling.

Like a lot of avoidant communication strategies, there are different levels of stonewalling. The stonewaller knows that withholding hurts the other person. He stonewalls to gain leverage or power in the relationship and show her superiority. This is a common tactic in abusive relationships, in which the more powerful partner systematically controls and dominates the less powerful one.

Direct conflict seems overwhelming to the stonewaller. He is often directly confronted by people who are tired of being avoided. Once confronted, the stonewaller often exhibits more overt verbally abusive behavior, such as yelling – typically about a completely unrelated topic. The stonewaller believes that this type of deflection works, because people often back off when aggressively screamed at.

The stonewaller comes to believe that his only choice is to shut out conflict with aggression. So shutting it out is his first choice, direct verbal abuse his second, particularly if the other person persists. Recovery from this type of behavior requires learning that there are other choices, such as emotional regulation, engagement and connection. On some level, it also requires developing awareness and mindfulness as well as a new level of respect for other people and valuing kindness in a manner he has not before.

While it may seem counter intuitive, the best way to deal with a stonewaller is with kindness. At first, this may be difficult. Often, we don’t realize we’re being stonewalled until we have persisted in discussing something that is important to us and the stonewaller flips and starts yelling deflections. Naturally, this can make us defensive.

It is best to not respond to the stonewaller’s deflective verbal attacks because this only serves to further avoid the topic you were originally trying to discuss. Instead, try to demonstrate understanding and compassion. For example, ask if he is okay. Of course, this may further infuriate him at which point you may want to politely excuse yourself.

Ultimately, you may have to apologize for any part you had even though the only thing you did was attempt to have direct conversations with the stonewaller. Unfortunately, this is often the only way of helping him to understand you are willing to be reasonable.