The Role of Cholesterol in Depression 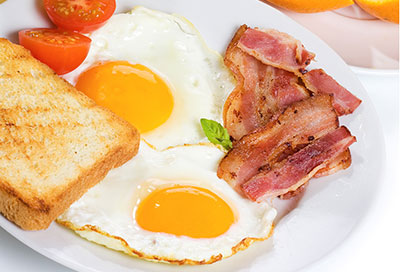 Dietary fat plays a major role in your cholesterol levels. Your body needs cholesterol in order to function properly so in and of itself, cholesterol isn’t bad. In order to place more patients on cholesterol lowering drugs, doctors and drug companies decided everyone, starting in their 20s, should be given statins. Fortunately, that recommendation didn’t catch on.

Statins are a class of drugs often prescribed by doctors to help lower cholesterol levels in the blood. By lowering the levels, they help prevent heart attacks and stroke. Studies show that, in certain people, statins reduce the risk of heart attack, stroke and even death from heart disease by about 25% to 35%. The problems is that other research has shown that taking statins greatly increases the risk for depression, other mental illness and suicide. In fact, the FDA decided to require black-box warnings on statins as a result of research indicating dangerous effects on cognition and psychological symptoms.

The Importance of Cholesterol

Some doctors have called into question whether lowering HDL cholesterol is healthy for the brain. Of course, most people are not concerned about having cholesterol levels that are too low. But people with certain psychiatric disorders, such as depression, apparently should be. This is because low cholesterol reduces the function of serotonin, a neurotransmitter responsible for the regulation of mood.

Even though there has been decades of research on cholesterol, experts can’t reach a consensus on the optimal levels for LDL, HDL or total cholesterol. The general public has developed such a fear of cholesterol that they attempt to alter it through dietary changes and statins. Meanwhile, research is indicating that fat avoidance has detrimental physical and psychological consequences.

Research has found that antidepressant medications can further lower serum cholesterol, which could potentially negate any benefits from the drugs. In a study of patients with anorexia, low serum cholesterol was significantly associated with depression, self-injury and suicidal ideation. Poor impulse control associated with substance use disorder is also related to low cholesterol status. A study of cocaine addicts following treatment found that lower cholesterol values predicted relapse, suggesting that dietary lipid supplementation may help recovery from substance abuse.

Increasing Cholesterol in the Treatment of Depression

James Greenblatt  is an integrative psychiatrist who specializes in the treatment of mental health using nutrition. One of his depression treatment protocols to raise dietary cholesterol includes the consumption of organic eggs because of their cholesterol, protein, B-vitamins, and choline content. In addition, he recommends the use of digestive enzymes that contain lipase to enhance intestinal lipid digestion and absorption.

Rather than the amount of cholesterol you eat, the biggest influence on your cholesterol levels is the type of fats you consume. So instead of counting cholesterol, it’s more important to focus on replacing bad fats with good fats.