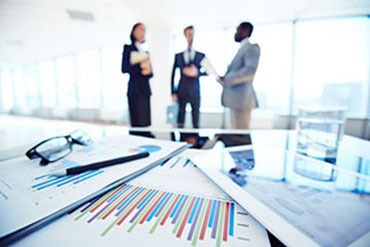 Even people who love their jobs have bad days at work. But if you one of the thousands of individuals who dread waking up every Monday through Friday, or you regularly find yourself sitting at your desk at work on the verge of tears, you most likely have a more serious problem.

It isn’t always hostile work environment that cause people to be miserable. In many cases, seemingly stress-free occupations have be linked with depression. The problem is sometimes the structure of work environment, such as how much support you have.

Once you are feeling down about your job it can set you up for a self-perpetuating cycle. It can take a negative toll on the way you think and the way you behave. The more you experience negative thoughts and unproductive behavior, the worse you’ll feel and eventually you may experience full-blow depression.

Careers With High Rates of Depression

Certain occupations seem to have a higher risk of depression than others. The highest rates of worker depression (as high as 11 percent) are found in individuals with careers nursing home/child care, food service, social work, and health care.

Research suggests that gender also has an influence. For all types of occupations, women experience higher rates of depression than men. Researchers also have some theories as to why some careers are more depression-prone than others. Jobs that have both high demands and low control over daily tasks typically produce the most stress. And while stress can be a positive force to help increase productivity, after a certain point it becomes detrimental and is associated with an increased incidence of depression.

In general, a demanding job has less of a chance of leading to depression if the person is are able to have control over factors such as the work pace.  Certain jobs are more depression-prone than others due to stress, unpredictable or long hours, or lack of control. It can be helpful to look at which fields are found to be less stressful versus those that are more so. If your occupation it supposedly a career choice with little stress but you are experience job depression, it may be time to look at what factors are contributing to your feeling depressed.

Specifically, women working in the food industry have the highest rate of depression (around 14.8 percent), while men in the arts, entertainment, sports, and media are more likely to be depressed (6.7 percent) than those in other careers.

The following are the 10 fields in which workers are most likely to experience major depression.

The following are the fields in which workers are the least likely to experience depression.

If you think your job might be making you depressed, ask yourself a few questions, such as, “Do I have control over making important decisions at my job?” and “How stressed out am I on a scale of 1 to 10 on a regular basis?” Based on your answers it may be time to consider a career in a different industry. While some career choice, such as air travel and massage therapist may not sound all that interesting, they involve some degree of control over your work environment — which appear to translate into lower rates of depression.

Bonde JP (2008) Psychosocial factors at work and risk of depression: a systematic review of the epidemiological evidence. Occup Environ Med 65(7):438–445.

Couser GP (2008) Challenges and opportunities for preventing depression in the workplace: a review of the evidence supporting workplace factors and interventions. J Occup Environ Med 50(4):411–427.