Fasting as a Treatment for Obesity 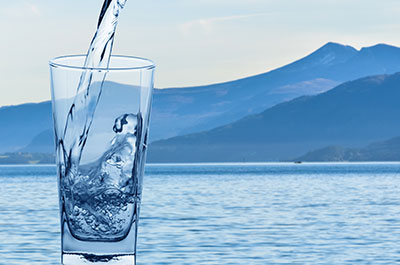 Obesity can occur due to a combination of environmental effects and genetics, which also can increase risk factors for psychiatric conditions like depression and anxiety.

Obesity creates a risk for other health problems such as type 2 diabetes and cardiovascular disease, which can further degrade psychological well-being. According to one recent study, people with mental illness die 25 years earlier due to obesity-related conditions.

Interestingly, one treatment that can address obesity as well as health issues like as type 2 diabetes and cardiovascular disease is fasting. The two types of fasting used to treat obesity are water-only fasting and intermittent fasting. Water-only  fasting consists of drinking water for an extended period of time, such as two weeks. Intermittent fasting is refraining from eating for briefer periods such as a few hours or one day.

Water-only fasting has been used extensively in the treatment of obesity. As a medical therapy for obesity, it was first advocated by doctors in 1915. Starting around 1959, doctors began prescribing fasting as a routine treatment for obesity. The principal limitations of these studies included that there were no control groups and many of the patients had  serious medical conditions that were not fully controlled for.

One of the most successful case studies using fasting as a treatment for obesity was by Stewart and Fleming (1973), in which a 27-year-old male weighing 456 pounds fasted without complications for 382 days and lost a total of 276 pounds. The man, referred to as “Mr. A. B.” in a paper published in the Postgraduate Medical Journal in 1973, drank only water, but received a vitamin pill daily, potassium from day 93 to 162, and sodium from day 345 to 355. At first, he stayed at the university hospital, but after a time, he was allowed to go home and return daily for a urinalysis and to have his vital signs checked. Blood samples were taken every two weeks. Five years later, “Mr. A. B.” had only gained back 16 pounds.

A 2006 study published in Journal of Biological Chemistry determined that fasting produces increased activity of specific metabolic pathways involved in resistance to weight loss. According to the researchers, evidence suggests that this phenomenon may in part occur through the action of the constitutive androstane receptor (CAR).

CAR is a protein that in humans is encoded by genes. It is a nuclear receptor that functions as a sensor of endobiotic and xenobiotic substances and in response upregulates the expression of proteins that are responsible for the metabolism and excretion of those substances. This makes CAR important in the detoxification of foreign substances such as drugs. The primary limitation of this study was the fact that the subjects were mice, and it is often inaccurate to generalize findings of animal research to humans. The significance of this discovery has importance in the development of drug therapies and indicates that fasting may change living organisms on a genetic level, as was previously discussed.

If someone is fasting to lose weight, it is important to adjust his or her expectations accordingly. For example, the initial weight lost during fasting is generally due to mild dehydration and the metabolism of residual material from the digestive tract. Any individual considering fasting for weight loss should evaluate the level of commitment needed to making dietary changes after the fast.

Although fasting can be an effective way to lose a substantial amount of weight, the results usually do not last if the patient does not modify her or his diet. Joel Fuhrman (1995), a medical doctor who has trained hundreds of doctors in therapeutic fasting, said, “Fasting to lose weight without changing your diet is pointless” (p. 76).

A number of studies have tracked the long term results of patients who used fasting to lose weight. A study in 1976 followed 42 patients for an average of 21 months after fasting. Fourteen patients had lost more weight and nine weighed more than they did before the fast.

In another study, researchers followed 121 patients for over 7 years who had fasted for 1 to 2 months to lose weight. After 2 to 3 years, 50% had reverted to their pre-fast weight, and by the 7-year mark, 90% had reverted.

These different long-term results may be indicative of the need to incorporate the use of dietary changes, psychotherapy, and other lifestyle modifications as part of a post-fast protocol for weight loss. Further research including these variables in a factor analysis could benefit future therapeutic models.

More recently, there’s promising research on intermittent fasting (IF) research done with fat rats. Studies have found that the rats lose weight, their blood pressure, cholesterol, and blood sugars improve. Studies in humans have shown that IF is safe and effective, but not more effective than many other diets.

Human studies that compared fasting every other day to eating less every day showed that both worked about equally for weight loss, though people struggled with the fasting days. Some people actually report that water-only fasting for longer durations is actually easier for them than IF.

Duncan, G. G. (1963a). Intermittent fasts in the correction and control of intractable obesity. Transactions of the American Clinical and Climatological Association, 74, 121–129.