The Herb Kratom and Addiction 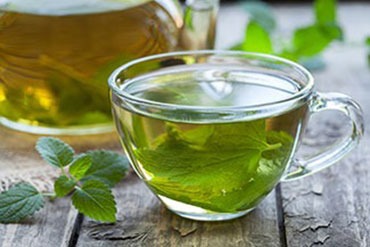 Over the past couples of decades, the U.S. opioid epidemic has been associated with over 300,000 lives. Numerous interventions have been tried and some researchers claim that kratom, an herbal psychoactive drug that is presently unregulated, might help some people struggling with opioid addiction.

This potential has been threatened in the last year as federal drug policy-makers considered classifying kratom as an illegal drug. This action would slow or stop down its sale as well as research and development.

Kratom, formally known as Mitragyna speciosa Korth, is a tropical evergreen tree in the coffee family native to Southeast Asia in the Indochina and Malaysia. It has been used for centuries in traditional medicine in places like Thailand and Indonesia where it was prized for its opioid- and stimulant-like properties. In fact, it was used there as a replacement for opium or to wean users off it.

Kratom leaves can be ground up into capsules or to used make tea or mix with juice or other liquids. In the U.S., kratom is easily purchased on the internet, in specialty bars, and in head shops that carry tobacco and smoking paraphernalia. In a recent trend stateside, people who are opioid-addicted or in chronic pain are giving up prescription painkillers for kratom, considering it a much-less deadly and addictive alternative.

In the fall of 2016, the U.S. Drug Enforcement Administration (DEA) announced its plan to classify kratom as Schedule 1. Schedule 1 drugs, such as marijuana, LSD and heroin, are considered to have no known medical benefit and are this banned across the country. According to the DEA, there was a lack of evidence of efficacy as well as an increased number of incidences of toxicity.

After the DEA’s announcement, a public outcry of ktatom users caused the agency to rescind its ban, calling for an extended comment period. It was an unprecedented move that enabled kratom users and researchers to demonstrate the drug’s therapeutic effects.

Kratom is used for everything from recreation to self-medication. There are many different strains of kratom, and some people used one type for an energy boost while another strain may be used in place of highly addictive prescription painkillers to deal with chronic pain. Some people use kratom for anxiety, PTSD, or to manage their opioid addiction and manage withdrawal symptoms.

I high dosages, kratom can cause nausea and constipation, according to some research.  Other studies have suggested that withdrawal symptoms and psychiatric issues may occur after prolonged use.

While the U.S. Centers for Disease Control and Prevention have received numerous calls regarding the ingestion of kratom over the past decade, most incidences appear to be related to the ingestion of other substances along with the kratom such as ethanol and narcotics. Additionally, around 65 percent of the reports resulted in minor to moderate side effects whereas about 26 percent saw no effects at all. Under a tenth of reports noted life-threatening symptoms or death, according to the CDC. In one fatality, the person who had used kratom had also taken both anti-depressants and a mood stabilizer.

States Where Kratom is Banned

Kratom is illegal in Alabama, Arkansas, Indiana, Tennessee, Vermont and Wisconsin and a number of states have introduced bills that sought to restrict or ban kratom, but those measures failed. Most researchers believe that a ban on kratom is unwarranted. However, kratom proponents also feel there is a lack of quality control measures or standardization which has led to the proliferation of kratom in head shops, online or in gas stations. Since kratom’s unregulated, people who purchase from these vendors won’t know if the product has been chemically altered or which strain they’re getting.

A common mistake that a lot of people make when they take Kratom is that they buy only one strain and reuse it over and over. At first it works quite well, but eventually they’ll notice that the effect gets weaker. Rotating strains of Kratom is important for one very important reason only, and it is to keep  tolerance low.

Cinosi, E; et al. (2015). Following “the Roots” of Kratom (Mitragyna speciosa): The Evolution of an Enhancer from a Traditional Use to Increase Work and Productivity in Southeast Asia to a Recreational Psychoactive Drug in Western Countries. BioMed research international. 968786.

Hassan, Z; et al. (2013). From Kratom to mitragynine and its derivatives: physiological and behavioural effects related to use, abuse, and addiction. Neuroscience and biobehavioral reviews. 37 (2): 138–51.