Anxiety Top Cause of Death in Women 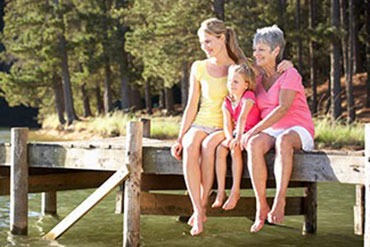 Researchers have known for a while that Even mild cases of anxiety or depression might take years off a person’s life, new research suggests.

Mental health woes, collectively called psychological distress, may lead to premature deaths from major causes such as heart disease or even seemingly unrelated ones like fatal car crashes.

A study from the Australian Institute of Health and Welfare has found that anxiety disorders are the top cause of ill health and death in girls and women aged five to 44.

Although the report found that anxiety disorders are incredibly prevalent in the general population, with one in seven Aussies battling the condition, girls and women are of a particular risk.

This risk is related to a number of other factors, including the fact that women are more likely to suffer from domestic violence and eating disorders, both known to cause anxiety. In fact, the report found that domestic violence causes more illness, disability and premature death for women aged 25-44 than any other risk factor.

Women and girls are of a similar risk of developing an eating disorder, with the report finding that females aged 15-24 accounted for 57% of hospitalisations for eating disorders.

The term anxiety disorder actually relates to a whole host of different conditions including obsessive-compulsive disorder (OCD), post-traumatic stress disorder (PTSD) as well as generalized anxiety disorder. It is also possible for people to suffer from multiple anxiety conditions at the same time.

Obviously, people who suffer from an anxiety disorder experience a vast variety of symptoms but common ones include panic attacks, faintness, nausea and difficulty breathing. The longer the condition continues untreated the worse these symptoms can get.

Thankfully, as the disorders are so common, there are many great resources available. As the first port of call, you should get in contact with a mental healthcare professional such as a therapist. If you’re unsure of where to start then a visit to your doctor can be a great place to start.