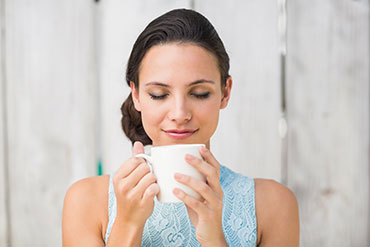 You may think of caffeine as the jolt in your coffee or the much-needed accelerator included in a medication to help you feel relief quicker. This plant-based substance may also help some people deal with the effects of depression.

The risk of depression appears to decrease with increased coffee and caffeine consumption, according to research published. Caffeine is a drug that can be produced artificially or found naturally in certain seeds and plant leaves.

Depression affects an estimated 15% of adults in high-income nations, and a growing body of research suggests that it is associated with several lifestyle and dietary factors such as physical activity, smoking, alcohol intake, and consumption of coffee and tea — the most commonly consumed beverages worldwide besides water.

Activation of Serotonin and Dopamine

Experts propose that caffeine facilitates the transmission of serotonin and dopamine, which contribute to depression. While some studies have found an inverse relationship between coffee or caffeine intake and depression, others have found no beneficial effect.

Although researchers are not certain about the mechanisms driving the link between depression and coffee or caffeine consumption, several potential explanations have emerged. Previous findings have implicated inflammation and oxidative stress in the pathophysiology of depression, and one possibility is that the various chemicals present in coffee in significant amounts — including chlorogenic acid, nicotinic acid, trigonelline, quinolinic acid, tannic acid, pyrogallic acid — have anti-inflammatory and antioxidant effects that impact depression.

Second, caffeine, as a nonspecific adenosine A1/ A2A receptor antagonist, generates psychostimulant effects through modulating dopaminergic transmission and major metabolites of caffeine act on adenosine receptors in the brain. This may help explain the reduced risk of depression associated with coffee intake.

Caffeine is commonly found in foods and drinks like chocolate, tea, coffee, energy drinks, colas and other sodas. Caffeine is a central nervous system stimulator that can make you alert and sometimes improve your mood, with its effects lasting for up to 6 hours.

Caffeine may worsen depression because of its physical effects. Both depression and caffeine cause problems with falling and staying asleep. Lack of proper rest worsens your depression symptoms and consuming caffeine while fatigued makes your mood deteriorate further.

Too much caffeine can lead you to feel the following:

Caffeine causes withdrawal symptoms if you suddenly stop drinking it after consuming it regularly, including exacerbating depression. Cutting out caffeine abruptly also causes depression-like problems, like irritability, and may trigger fatigue and headaches even if you don’t have pre-existing mental issues.