Differences Between Fasting and Anorexia Nervosa 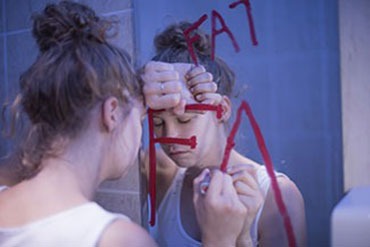 One the most significant differences between fasting and anorexic behavior is the belief that the anorexic does not fast voluntarily. In contrast to the restricting eating seen in anorexia nervosa, the non-anorectic person is making the choice to fast for medical, spiritual or psychological reasons. The anorexic does not have a choice because their behavior is driven by compulsions and distorted thinking.

This idea is part of the reason that eating disorders bear such a strong resemblance to behavioral addictions such as sex or gambling addiction. The anorectic has the same use of denial and irrational relationship to willpower that is typical of active alcoholics and other addicts. This denial and the unwillingness to accept human limitations are the two most destructive parts of eating disorders as well as addiction.

Other features of healthy fasting include training our metabolism to work more efficiently, improving insulin response, and improving the immune system function. Eating disorders have more to do with how you view food, and your own body. This skews what foods should be incorporated regularly for the least calorie selections. It could also create a desire to binge and purge. These issues are present within the individual regardless of what clock they follow for consuming food.

Although fasting can become an obsession associated with anorexia, fasting is not the root cause of it. Cases where a medical doctor recommends fasting as a weight loss treatment are few and far between, and it has historically been suggested for morbid obesity. However, naturopathic doctors and chiropractors have a long history of recommending fasting for health problems.

When the doctor does instruct a person to fast, they usually recommend therapeutic fasting, in which an individual is supervised during the fast. Alternatively, anorexia nervosa involves total starvation for cosmetic or psychological reasons and is unmanaged condition that typically leads to serious health complications. Anorexia usually appears in young people and in those who are of a regular weight, not the demographic that normally fasts for health reasons under a doctor’s supervision.

Research on Eating Disorders and Fasting

While fasting rarely leads to anorexia per se, it can set into place a set of behaviors and schemas (or beliefs) about food, body image that place a person at greater risk of anorexia nervosa. It is important to note that the person would have been predisposed to anorexia and that any type of diet restriction may potentially trigger anorectic behavior.

Anorexia nervosa is not simply a product of dieting or fasting, but is determined by a complex set of diagnostic and psychological variables such as family characteristics, other psychiatric issues, temperamental (e.g. personality) factors.

Differences Between Fasting and Starving

While both starvation and fasting are states of abstinence from food the similarities end there. The primary differences between the two are the purpose and length of time of that abstinence. In both cases, the physiological changes that take place help the body adapt to deficit of nutrients. While planned fasting is generally a safe practice, it can be harmful if prolonged and will ultimately become starvation if refeeding never occurs.

Starvation and fasting have significantly different purposes. Starvation can be the result of an eating disorder, such as anorexia, or an undesired consequence of lack of access to food. In contrast, fasting is typically performed for a defined period of time for a particular purpose, such as a religious practice, in preparation for a medical procedure or as part of a cleanse.

When embarking on a fast, it’s important to proceed with caution to avoid starvation. Additionally, first time fasting should always be done under the supervision of a physician or licensed health professional who can educate a client about the possible risks of fasting.