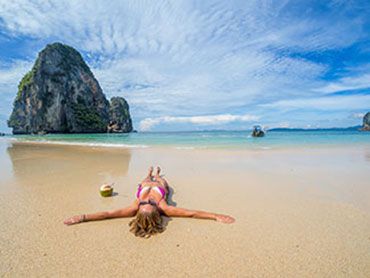 Whereas stress is a fact of life, being stressed out is a choice. We don’t always have control over what happens to us, and yet, we don’t have to overreact to difficult, challenging situations by becoming frazzled, overwhelmed, or distraught.

Being overly anxious and allowing stress to take over is not just a mental hazard, it’s a physical one. Fortunately, there are numerous things you can do to alleviate stress, other than going to Tahiti.

A great deal of research has been conducted on the power that forgiveness has to transform people from stressful and angry to peaceful and loving.

Trait forgiveness is the disposition to forgive interpersonal transgressions over time and across situations. Researchers have defined forgiveness as “the replacement of negative unforgiving emotions with positive, other-oriented emotions.”

Rumination (about not forgiving) has been suggested as a mediator between forgivingness and emotional outcomes. In four studies with a total of 558 undergraduate students, trait forgivingness was negatively correlated with trait anger, hostility, neuroticism, fear, and vengeful rumination and was positively correlated with agreeableness, extraversion, and trait empathy. In addition, those who ruminated and did not forgive had more self-hate statements. The ability to forgive was associated with positive feelings and a reduction in stress.

Research has also shown that non-interpersonal forgiveness (when there is no social relationship between the transgressor and forgiver) is positively correlated to coping and involuntary responses to stress and psychological distress.

Research on social stress has underscored the value of good friends. Social ties may indirectly strengthen immunity because friends can encourage positive behaviors such as eating, sleeping, and exercising well. Good friends also help to buffer the stress of negative events.

Researchers at the Department of Psychology at Carnegie Mellon University in Pittsburgh studied the antibody response to the influenza immunization in 83 university freshmen. Those with small social networks had significantly elevated levels of loneliness as well as a weaker immune system. Their loneliness was also associated with greater psychological stress, poor sleep quality, and elevations in circulating levels of cortisol.

Psychotherapists have long underscored the importance in maintaining a solid support network of friends and family. When times of high stress occur, a support system can help shorten the recovery period.

Making the choice to back away from stress is a conscious one and it can take time to learn how to react differently. Some of the best stress management strategies are skills that require practice to be effective. Think about learning to ride a bicycle or drive a car. There was a time when those skills felt unnatural and awkward. With some coaching and practice, stress management, like any other skill, becomes easier and more automatic over time.