Internet Anxiety: Problematic Internet Use and Its Impact on Anxiety 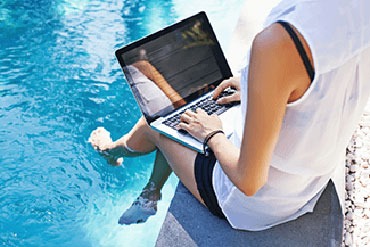 One important factor for explaining people’s use of the Internet is Internet anxiety. It is closely related to computer anxiety, which is defined as “the irrational anticipation of fear evoked by the thought of using (or actually using) computers, the effects of which result in avoiding or minimizing computer usage.”

Computer anxiety has long been found to be negatively related to computer use and attitudes towards computers, with females generally reporting higher levels of computer anxiety than males. Recently, there have been a number of studies that have explored the relationship between computer anxiety and Internet use.

A number of researchers have argued that the Internet has changed the nature and range of applications available on the computer, and thus computer anxiety has to change accordingly. They have introduced the notion of Internet anxiety, and although still very new, a number of studies have investigated this topic.

Previously research had found that people who use the internet excessively had more mental health problems, such as depression and anxiety. In one study, researchers observed a group of college-aged students using the Internet Addiction Test. The Internet Addiction Test (IAT) is the standard test used to measure excessive reliance on the internet.

Out of 254 students, 33 met screening criteria for internet addition according to the Internet Addiction Test. However, another 107 students met criteria for problematic internet use with the new screening tool.

The research team also administered a further series of self-reported tests to see how the internet addicts compared to the others in the survey on areas such as symptoms of depression and anxiety, impulsiveness, inattention and executive functioning, as well as tests for ADHD.

They found that those screening positive on the IAT as well as on our scale, had significantly more trouble dealing with their day to day activities, including life at home, at work/school and in social settings.

Individuals with internet addiction also had significantly higher amounts of depression and anxiety symptoms, problems with planning and time management, greater levels of attentional impulsivity as well as ADHD symptoms.

Presno, C. (1998). Taking the byte out of internet anxiety: instructional techniques that reduce computers/internet anxiety in the classroom. Journal of Educational Computing Research 18:147–161.