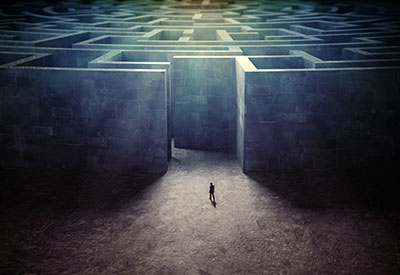 While major depressive disorder is arguably the most common single form of depression, all types of depression can cause feelings of sadness and loss of interest in life. Depression can lead to a variety of emotional and physical problems and decrease a person’s ability to function, sometimes making it impossible to complete even the simplest of tasks.

When clinicians talk about depression, they’re usually referring to major depressive disorder (MDD), a type of depression that impacts a person’s family and personal relationships, work or school life and general health. The effect it has on a person’s well-being has been compared to that of other chronic medical conditions, such as heart disease, stroke, cancer, diabetes, and Parkinson’s disease.

MDD is characterized by some or all of the following symptoms: depressed mood, loss of interest in activities once enjoyed, feelings of guilt, low self-esteem, lethargy, poor concentration, sleep disturbances, changes in appetite, and potentially severe suicidal thoughts. Sleep difficulties and appetite issues can be either too much or too little.

MDD is disabling and prevents a person from engaging in routine daily activities. An episode of major depression may occur only once in a person’s lifetime, but more often it recurs throughout a person’s life. This is sometimes the case when depression is situational, such as being caused through a life changing event such as the death of a loved one.

The diagnosis of major depression is given after an episode of severe depression lasting for two weeks or longer. The person’s mood is generally so depressed that they are unable to do things they used to enjoy and when it gets bad enough, they cannot even work. Major depressive episodes usually have a finite duration and can last from several weeks to several months.

According the DSM-5 at least five of nine symptoms must be present for a diagnosis of major depressive disorder (MDD). This translates to 227 possible combinations of symptoms leading to this diagnosis. This wide array of possibilities means that two patients classified as having MDD may only have a single symptom in common. This diversity has called into question whether it makes sense for comparative purposes to consider all the people who qualify for the diagnosis of MDD as having a single disorder as opposed to a subtype or other variation.

Under the big tent of depression there are various shades of gray. As already demonstrated, depression is a broad term for a variety of illnesses, some of which are caused by certain life events or situations, and others by chemical changes in the brain. Below are other forms of depression that fall outside of the DSM-5’s main subtypes.

Often resulting from a combination of factors, depression has no single known cause. Its arrival can come as a complete surprise. Investigations have noted several distinctive features in the brain and endocrine system of depressed individuals, but whether they cause the problem or are caused by the problem is still a mystery.