How Obesity Contributes to Depression 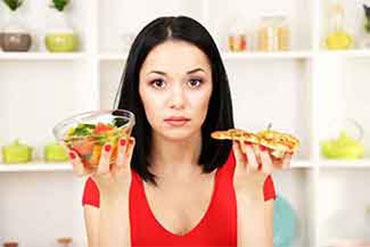 Research has shown that obesity markedly increases the risk of depression. One study of more than 9,000 adults concluded that depression, and other mood and anxiety disorders, were about 25% more common in the obese people studied than in the non-obese.

Several community surveys in the United States and Canada have shown associations between obesity and depressive symptoms, history of depression, and measures of psychological distress.

Many people with excess weight and/or obesity develop a reversible physical disorder called “Insulin Resistance.” The classic symptoms of insulin resistance are high levels of glucose and insulin in the blood which lowers the number of insulin receptor sites on the cell walls and prevents the efficient conversion of glucose into energy. Unable to enter the cell wall, glucose is carried in the blood to the liver from where it is redistributed as fat throughout the body. If left unchecked, the excess glucose and insulin in the body lead to additional weight gain.

Insulin resistance can result in the onset of a number of potentially dangerous disorders, including metabolic syndrome, a constellation of common disorders that produce a high risk of cardiac disease and diabetes. Depressed people who seek comfort in carbohydrate-rich food are especially vulnerable to developing metabolic syndrome.

Impaired glucose tolerance (IGT) is a pre-diabetic state associated with insulin resistance and increased risk of diabetes and cardiovascular disease. Patients identified as having an IGT are generally advised to exercise regularly and have a balanced whole foods diet, eliminating the empty calories of sugar and processed foods. Additionally, a relationship has been established between major depressive disorders, IGT, and metabolic syndrome.

People with extra weight concentrated around the waist are at significant risk of developing metabolic syndrome and depression. In men, this generally means a 40-inch waist or larger and in women it is 35 inches or larger.

Research has found that diet foods, most notably diet soda can contribute to metabolic syndrome and depression. A 2008 at the University of Minnesota tracked over 9,000 people and their health for nine years. The investigators discovered that those who drank one can of diet soda a day were 34% more likely to develop metabolic syndrome than those who didn’t. Fifty-nine percent of Americans drink diet soda.

Science suggests that the artificial sweeteners in diet sodas and other foods may actually trick the brain into thinking it’s time to eat more. A 2008 study at Purdue University noted that rats who consumed artificial sweeteners consumer more calories later, and gained more weight. Rats in the study that were fed yogurt sweetened with no-calorie saccharin took in more total calories and gained more weight than rats fed yogurt sweetened with sugar.

Scientists speculate that over time, reduced-calorie sweeteners like saccharin, aspartame, and sucralose condition the body to no longer associate sweetness with calories, thereby disrupting its ability to accurately assess caloric intake. This disruption, in turn, leads to overeating. The study concluded that artificial sweeteners actually changes brain chemistry as well as metabolism.

The number of Americans who consume soda, yogurt and other products containing sugar-free sweeteners more than doubled from 70 million in 1987 to 160 million in 2000. Over the same period, the incidence of obesity among U.S. adults rose to from 15 to 30%.

The good news is that losing weight, exercising, and a good diet have all been shown to fight depression. Depression is a disorder that requires action to be taken. People with depression who make dietary and lifestyle changes tend to recover quicker than those who do not. Additionally, maintaining an ongoing recovery treatment plan helps to reduce relapse.