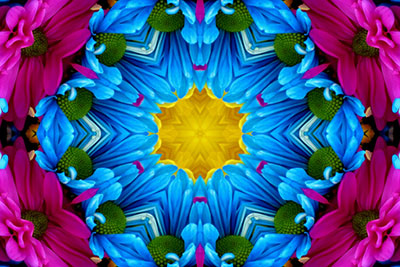 Taking psychedelic drugs for depression has been described as a type of reset for the brain in terms of thought and structure. The following explains how researchers believe these actions occur.

Altered States of Consciousness and Psychedelics

Understanding concepts of consciousness—as in awareness, insights and altered states—was sought out by the stoics and epicurean philosophers of the Hellenistic period in 323 BC. It remains one of the unsettled challenges of modern science.

Altered states of consciousness, sometimes called non-ordinary states, include various mental states in which the mind can be aware but is not in its usual wakeful condition, such as during hypnosis, meditation, hallucinations, trance, and dreaming. Altered states can occur under many conditions, such as fasting or doing yoga. They enable us to see ourselves from a broader perspective and from different angles of perception than the ordinary mind.

Since prehistory, people have intentionally tried to alter their conscious state. There are many reasons why someone might want to attain an altered state of consciousness, including religious and spiritual reasons, or to induce relaxation or a hypnotic state.

Dreams are the altered state of consciousness almost everyone experiences, whether remembered or not. Sleep and dreaming are both needed for maintaining physiological and emotional wellness. The evidence points to a vital function of dreams: to help us process painful emotional experiences during the hours we sleep so that we can learn from them and compartmentalize them.

Sleep and dreams also gives the brain a much needed break. In our waking state, the brain is on overdrive, constantly trying to predict what’s going to happen next so we’re prepared for it. There’s a downside to this in that the brain loses efficiency and plasticity overtime, creating stress on the system. Research has demonstrated that sleep and dreaming gives the brain a chance to shift into neutral and unwind. In turns out that other altered states of conscious, such as those induced by psychedelic substances, also create a beneficial resting state.

Langlitz, Nicolas. (2012). Neuropsychedelia: The Revival of Hallucinogen Research since the Decade of the Brain. Berkeley, CA: University of California Press.

Ludwig AM. (1966). Altered States of Consciousness (presentation to symposium on Possession States in Primitive People). Archives of General Psychiatry, 15(3), 225.