The Psychological Effects of Stress 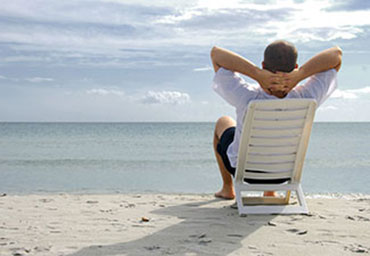 When we experiences stress, our brain responds by releasing a variety of chemicals to the blood. This provides a biochemical boost that enables us to respond to the source of stress.

If stress and the subsequent biochemical reaction continues unabated, the body becomes prone to a variety of problems, such as depression, anxiety, stroke, and coronary heart disease. This type of physiological reaction to stress is known as General Adaptation Syndrome (GAS). GAS was first described by Haas Selye in 1936.

There are three stages to GAS. The first stage of GAS contains the alarm reaction where the body releases adrenaline and a variety of other psychological mechanisms to combat the stress and to stay in control. This is well-known as the “fight or flight response.” In this stage, muscles tense, the heart beats faster, breathing and perspiration increases, and pupils dilate. This physiological reaction occurs as a means of protection. Once the source of stress is gone, the body returns to a normal state.

When the cause for the stress is not removed, GAS moves to the second stage called resistance or adaptation. In this stage, the body responds by increasing blood sugar, raising blood pressure, and secreting hormones called corticosteroids via the adrenal cortex. If stress is not reduced and this process is uninterrupted, this phase eventually leads to disease. If the adaptation phase continues for prolonged periods of time without periods of relaxation and rest to counterbalance the stress response, sufferers become prone to fatigue, concentration lapses, irritability, and lethargy.

The third stage of GAS is called exhaustion. As the name of this stage implies, the body has run out of energy reserves. The body experiences adrenal exhaustion, also referred to as the adrenal maladaptation syndrome, or hyperadaptosis. As blood sugar levels decrease and adrenals become depleted, stress tolerance decreases leading to progressive mental and physical deterioration, exhaustion, illness, and collapse.

Adrenal maladaptation syndrome may cause a variety of symptoms, depending on which organ system is the weakest. Some of the most common symptoms are:

Increased cortisol production also interferes with serotonin activity, further adding to the depressive effect. Continually high cortisol levels lead to suppression of the immune system, making the body more susceptible to everything from a common cold to cancer.

Scientists have identified the mechanism between stress and aging, a finding that helps to explain why intense, long-term emotional strain can make people grow old before their time. Researchers at the Department of Psychiatry at the University of California in San Francisco found that chronic stress hastens the shriveling of the tips of telomeres, the bundles of genes inside cells, which shortens their life span and speeds the body’s deterioration.

The results of the study which involved 58 women, ages 20 to 50, all of whom were mothers of either a chronically ill child or a healthy child, revealed that stress accelerated cellular aging. The most critical component of stress in the care-giving process was the duration. The more years of care giving, the shorter the length of the telomeres, the lower the telomerase activity, and the greater the oxidative stress. Telomerase is an enzyme that provides stability to chromosomes in the body.

Getting Help For Stress

If a person is exposed to high levels of stress for a continued period of time or if problems develop from stress that interfere with daily living, it can help to seek out to a licensed mental health professional, such as a psychotherapist. Studies have shown that chronic stress can be successfully treated. Common interventions include lifestyle and behavior change, psychotherapy, and in extreme cases, medication may be appropriate. Psychotherapy helps by supporting a healthy lifestyle and teaches effective stress management.