Spices That Are Good for Mood 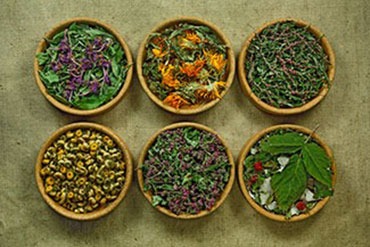 You may not realize it, but some seasonings and herbs you probably have on hand in your kitchen can aid in brain health, which is linked to mood and behavior. Others are a little less common but can be found at your local health food store. I am happy to share ingredients proven to naturally perk you up.

This spice is not only proven to lower heart rate and blood pressure, but it can also reduce anxiety and depression. According to a study done in Indian Journal of Biochemistry and Biophysics, it can help protect brain cells from free radical damage which can cause memory loss or brain fog. Try adding cardamom to your tea or coffee. It is also tasty in baking goods and hot cereals.

In addition to helping lower cholesterol, cinnamon boosts memory and alertness. A study published in Nutritional Neuroscience found that when consumed, benefits include reduced inflammation, improved memory, increased attention and enhanced cognitive processing. All of which can lead to better moods. Try adding cinnamon to my morning oatmeal or smoothies. They are also perfect on top of baked apples.

Saffron is used in many culinary dishes, but did you know that it can help people suffering from depression? In a research study mentioned in the Journal of Integrative Medicine, saffron is an effective short-term strategy for improving mood in patients with mood disorders. Coffee spiced with Saffron makes for a soothing and heart-healthy drink. Also, try adding it to your cakes or pastries for a rich and buttery aroma.

Rhodiola Rosea is a powerful adaptogen. Adaptogens are natural substances considered to help the body adapt to stress. An issue in Nutritional Neuroscience states Rhodiola Roasea is known to normalize body functions, including the function of the brain that affects our moods and emotions. Because of this, it may help to decrease stress and decrease irritability. The most popular way to take Rhodiola Roasea is to drink it in tea.

Ginseng has been used for centuries in traditional Chinese medicine. It is also another powerful adaptogen which is known to increase energy levels and improve focus and your emotional state, according to the Journal of Integrative Medicine. Try having some Ginseng tea in the morning.

This spice’s yellow ocher shade will brighten up any dish. Known for its anti-inflammatory and antioxidant properties, turmeric also stimulates the release of serotonin, the happy hormone. It’s often sprinkled on top of Indian dishes or mixed with coconut milk in Thai fish curries. For something different, try adding it to fruit-based desserts — its flavor can pleasantly complement sweet dishes. Purists should choose turmeric from the region of Kerala in India, which has higher concentrations of curcumin.

As well as bringing a delicious Mediterranean flavor to dishes, rosemary has its own medical virtues. In cases of physical or mental fatigue, burn-out and depression, it can give the body a welcome boost. It notably helps with insomnia and with calming nerves.

This herb is a star ingredient of Provencal cuisine and is often matched with flavourful tomato dishes. Like rosemary, thyme is a good ally in cases of mental fatigue, stress and insomnia. As well as containing lithium, a mineral with antidepressant properties, thyme contains the amino acid tryptophan, used to make serotonin, which is essential for sleep. It also stimulates the mind and calms the nerves. Look for one of the many herbal teas based on blends of rosemary and thyme.