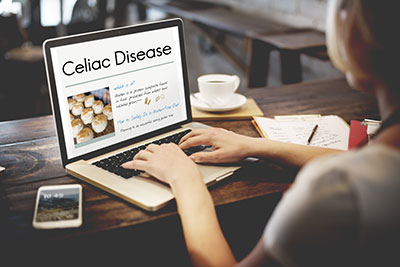 The excessive consumption of wheat is another problem with the Mediterranean diet. While traditional Mediterranean fare focuses on whole grains, including whole wheat bread and pasta, these can be problematic for some people with anxiety.

Gluten sensitivity, also called “gluten intolerance,” is a disorder where your body reacts badly to eating gluten, a protein found in wheat, rye, and barley grains. Gluten sensitivity has some of the same symptoms as celiac disease, but doesn’t cause permanent damage to your small intestine like celiac disease can.

Celiac disease (CD), sometimes called “celiac sprue” or “gluten-sensitive enteropathy,” is an immune reaction to eating gluten. If you have celiac disease, eating gluten triggers an immune response in your small intestine. CD and gluten sensitivity have been associated with anxiety largely due to their distressing symptoms.

CD and gluten sensitivity share a lot of the same symptoms, including the following:

A number of studies have confirmed the increased association between CD and anxiety (Hauser, 2010). A Scandinavian study of CD patients found they were significantly more likely to have anxiety when compared to controls and that after one year on a gluten-free diet, there was a significant improvement in anxiety symptoms.

Researchers remain uncertain as to what causes anxiety in people with CD and gluten sensitivity. People diagnosed people with CD report feelings of both anxiety and depression. But it’s not clear whether or not gluten in the diet actually causes anxiety, or whether the anxiety is related to something else. It’s most likely be a combination of factors, including an anxious reaction to the need to follow a gluten-free diet and as well as the effect of gluten itself on the brain. Even non-celiac gluten sensitivity appears to have a significant neurological component.

Neurological symptoms such as brain fog occur in about one-third of people with diagnosed gluten sensitivity, a significantly higher percentage than is reported in CD. Gluten-related anxiety also occurs at high rates. This is because gluten directly harms your nervous system leading to the increased anxiety levels.

Some people with CD, gluten sensitivity and other gastrointestinal disorders find relief with the consumption of probiotics. Probiotics are live microorganisms and beneficial bacteria that provide a number of powerful benefits for your body and brain. For some people, probiotics can improve digestive health and reduce anxiety (Yang, 2019a). Probiotics can be found in foods, such as yogurt, or they can be taken as a supplement. However, because probiotics are regulated as a dietary supplement and not a biological product, there is little, if any, requirement to validate for gluten purity or content before marketing the product. Although some supplements claim to be gluten-free, this is often not the case.