Curcumin: The Spice That Helps Depression 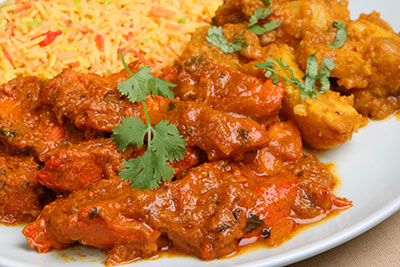 Spices are often used as medicinal herbs. Curry, for example, is in a variety of dishes originating in the Indian subcontinent that use a complex combination of spices or herbs, usually including ground turmeric, cumin, coriander, ginger, and fresh or dried chilies. Used for thousands of years in traditional South Asian cooking and traditional medicine, turmeric is a basic ingredient in curries.

Curcumin, the key active ingredient in turmeric, is one of the most extensively researched medicinal spices. It protects the liver from toxins and is effective in killing various bacteria and yeasts (He, 2019). Curcumin helps with numerous health problems because it blocks several inflammatory chemicals reducing inflammation throughout the body.

Studies indicate that one of the most important constituents in curcumin is the yellow pigment. While used in India and China for centuries in various traditional remedies, curcumin has garnered attention in the scientific and medical communities for its impact on mental health, cardiovascular disease and cancer. Recent research has suggested that curcumin can play a major role in treating age-related neurodegenerative diseases, including depression and memory loss.

According to studies of how curcumin works on a molecular level, there are a number of ways that curry supports the brain. For one, research indicates that curcumin causes the birth of new brain cells (neurons), a process called neurogenesis.

The production of these new neurons in the hippocampus and other brain areas is essential for optimal learning, memory and mood. In studies, curcumin enhanced neurogenesis by increasing the level of brain derived neurotropic factor (BDNF). BDNF not only encourages the birth of new brain cells, it also promotes connections between brain cells and protects them from damage. Low BDNF is linked to brain illnesses such as major depression, OCD, schizophrenia, and dementia.

Curcumin is theorized to help fight illnesses like depression because it boosts the feel good neurotransmitters serotonin and dopamine. These neurotransmitters are fundamental for clear thinking, sharp focus and good mood. Curcumin blocks the monoamine oxidase enzymes that naturally break down these neurotransmitters. It functions much like the class of antidepressant medications called MAO inhibitors, which are used to treat clinical depression. In research, curcumin enhanced the antidepressant effect of medications like Prozac and Effexor.

Curcumin is a potent antioxidant that protects the brain by quelling inflammation. Chronic excess inflammation is linked to mental health problems like depression and dementia. Recently, a study of 73,131 people found levels of C-reactive protein (CRP), a marker of systemic inflammation associated with depression and heart disease, was lowered using curcumin.

It’s easy to consume curcumin daily by adding it to foods such as curries, beans, brown rice, sauces and smoothies. A note of caution: curcumin can stain just about any everything. Research supports that combining the piperine in black pepper with the curcumin in turmeric enhances curcumin absorption by up to 2,000%.