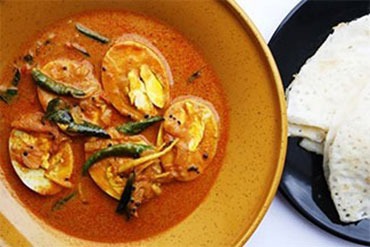 Lovers of Indian food, give yourselves a second helping: Daily consumption of a certain form of curcumin — the substance that gives Indian curry its bright color — improved memory and mood in people with mild, age-related memory loss and much more.

Looking to spice up your cooking with a brain booster? While many spices and herbs that flavor foods offer brain health benefits, few hold the promise of the active ingredient in most curries – turmeric, the source of a special polyphenol called curcumin.

Used for thousands of years in traditional South Asian cooking and traditional medicine, turmeric is a basic ingredient in curries. Also known as Indian Saffron, the spice gives these dishes their amber coloring and rich, earthy aroma and provides you with a brain-boosting dose of curcumin.

While used in India and China for centuries in various traditional remedies, it’s been garnering attention in the scientific and medical communities for its impact on mental health, cardiovascular disease, and cancer. In fact, over 4000 scientific publications have focused on curcumin in the last decade. One study of 1,010 participants found that even small amounts of dietary turmeric are clearly linked to lower rates of dementia.

According to studies of how curcumin works on a molecular level, there are three ways that that more curry is great for your brain. Research in animal models indicates that the active chemical in turmeric, curcumin, can enhance the birth of new brain cells, a process called neurogenesis. The discovery that your brain can produce new cells has huge implications for your mental health.

The production of these new neurons (brain cells) in the hippocampus and other brain areas is essential for optimal learning, memory and mood. In studies, curcumin enhanced neurogenesis by increasing the level of brain derived neurotropic factor (BDNF), a molecule at the forefront brain health today (and we’d argue food choices). BDNF not only encourages the birth of new brain cells, it also promotes connections to other brain cells and protects them from damage. Low BDNF is linked to serious brain illnesses such as major depression, OCD, schizophrenia, and dementia.

Curcumin is theorized to help fight illnesses like depression because it boosts the feel good neurotransmitters serotonin and dopamine. These neurotransmitters are fundamental for good moods, clear thinking, a healthy sex drive, and sharp focus. Curcumin blocks the monoamine oxidase enzymes that naturally break down these neurotransmitters. It functions much like a class of antidepressant medications called MAO inhibitors, which are used to treat both clinical depression and Alzheimer’s disease. In animal models of depression, curcumin actually enhanced the antidepressant effect of medications like Prozac and Effexor.

Curcumin is a potent antioxidant and so it helps protect the brain by quelling inflammation. A buzzword in medicine these days, chronic excess inflammation is linked to medical issues such as heart disease and diabetes as well as brain disorders like depression and dementia.

Recently, a large study of 73,131 people found levels of C-reactive protein, a marker of systemic inflammation, were significantly associated with depression and psychological stress. Curcumin has also been shown to reduce the formation of the plaques that are typical of Alzheimer’s disease.

Oral supplementation with curcumin is generally regarded as safe, especially because of its low bioavailability. However, use of curcumin supplements may affect the efficacy or increase the toxicity of a wide range of drugs when taken concurrently.

Gupta, S. C., Patchva, S., Koh, W. and Aggarwal, B. B. (2012), Discovery of curcumin, a component of golden spice, and its miraculous biological activities. Clinical and Experimental Pharmacology and Physiology, 39: 283–299.