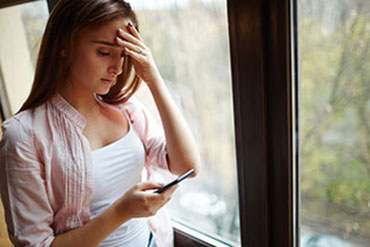 Digital addiction is a behavioral disorder where an individual experiences compulsive use of digital technology, most notably cell phone addiction, internet addiction gaming addiction. It is a term that is often used to describe a person whose interaction with technology is excessive and takes an amount of time from daily activities that would be considered unreasonable.  Additionally, the behavior has a negative impact on the well-being of the user.

Developing a compulsive need for something to the extent where it interferes with life and stops someone from doing things they need to do is the hallmark of an addiction. Digital addictions are not official mental disorders listed in the Diagnostic and Statistical Manual of Mental Disorders (DSM-V), but there is a debate among psychologists about whether that should change.

The prevailing behind digital addiction research is that the addict uses digital technology habitually and receives neuro-cognitive rewards from computer applications. This reward continually triggers the reward center in the brain that are responsible for releasing dopamine, opiates and other neurochemicals. Over a period of time, this produces a stimulation tolerance or need to increase stimulation to achieve a “high” and to prevent symptoms of withdrawal.

Tolerance builds in people who compulsively use technology, just as it does with the use of alcohol or hard drugs. For example, a video game addict might need more and more time on a particular online video game in order to get the same kind of euphoric feeling he or she previously had.

Digital Addiction is a serious issue with a variety of consequences such as reduced involvement with real life communities, lower grade point averages, and poor time-management. Additionally, people who lack self-confidence in real life often try to compensate in the digital world.

Research has indicated a strong correlation between Digital Addiction and depression, reduced creativity and productivity, lack of sleep and disconnection from reality. Recent studies have found that Digital Addiction has withdrawal symptoms similar to those found in substances such as drug, tobacco, and alcohol addiction. Research using scanning technology found profound similarities in people’s brains while they’re online with scans of the activated reward pathways in the brains of people who have a substance abuse disorder.

In a number of studies, addiction to Facebook use was found to have a negative impact on romantic relationships, citing instances of separation and divorce due to disclosure of private information, cyber-stalking and electronic surveillance by a partner or spouse.

In fact, all digital addictions have a dark side. It often begins with innocent intermittent or recreational use, then progresses into daily use, and then becomes consequential use, which in some individuals will lead to life-threatening use. What follows is a pervasive pattern of negative consequences like insomnia, dysfunctional relationships and absent days from work or school. This is the common progression of any addiction and the same is true with a digital addictions.

Digital addictions will most likely become even more of a problem as technology progresses and is increasingly interwoven into our lives. That’s why it’s essential that mental health professionals recognize that addictions to gaming, the internet, social media, cell phones and other technology are every bit as problematic as substance addiction from a psychological and social perspective. Tailored treatments, preventive actions, official recognition and targeted research on digital addiction are an important priority.

Kim, K.: Internet addiction in Korean adolescents and its relation to depression and suicidal ideation: a questionnaire survey. Intl. journal of nursing studies 43.2 (2006): 185-192.