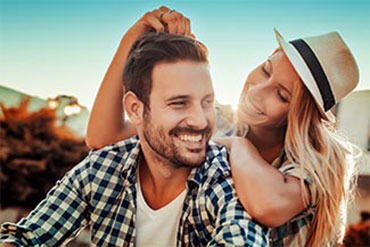 Have you ever been in the middle of an argument when the other person suddenly refuses to talk to you? Maybe they pull out their cell phone or maybe they just tell you they don’t want to talk any longer. If this has happened to you with the same person on a consistent basis, hopefully the person isn’t your spouse.

This behavior, known as stonewalling or withholding, is one of four reactions that John Gottman, a psychologist and relationship expert, has identified as a signal that a marriage may be headed for divorce. Other experts are even more foreboding. In her book, The Verbally Abusive Relationship, Patricia Evans calls this type of behavior “withholding” and says it is indicative of a verbally abusive relationship. Sadly, Evans doesn’t hold out much hope for changing this type of behavior.

In 2002, Gottman teamed up with psychologist Robert Levenson in order to study what things might predict if a married couple will divorce. They conducted a 14-year study comprised of 79 couples, 21 who divorced during the course of the study

The psychologists identified four behaviors — stonewalling, contempt, criticism, and defensiveness — all of which are typically abundant in a verbally abusive relationship. Gottman and Levenson kept track of how often these behaviors occurred during a 15-minute conversation and discovered that they could predict which marriages would end in divorce.

They also asked about marital satisfaction and how many times the person had thought about divorce. Depending on these answers, the psychologists were able to predict which couples would separate 93 percent of the time. The researchers named the four behaviors “the four horsemen of the apocalypse.” Gottman identifies a number of behaviors associated with the aforementioned four horsemen, such as contempt and criticism.

How Contempt and Criticism Affect Marriage

Contempt, also known as resentment, frequently stems from dashed expectations that turn into anger and disgust. Gottman calls contempt the “the kiss of death” in a relationship.

Criticism is another behavior that Gottman flags as highly problematic. Similar to contempt, criticism involves turning your spouse’s behavior into a negative statement about their character. Let’s say your partner has an annoying habit of leaving dirty clothes on the floor. Do you calmly suggest that he or she put the dirty clothes in the hamper? Or do you let the resentment build until you burst and say something like, “Why am I married to someone who leaves their dirty clothes on the floor?” In the long run, comments like this can cause resentment and contempt on both sides.

How Defensiveness and Stonewalling Affect Marriage

It’s natural to get defensive when you perceive that someone has criticized you. However, reacting on the feeling of defensiveness is typically not very productive. People tend to think that we are disregarding their feelings if we become defensive, particularly if we do it all the time.

Rather than trying to defend yourself, try simply apologizing. For example, if it wasn’t your intention to hurt the other person, say something like, “I’m sorry I hurt you. That wasn’t my intention.” If you aren’t used to apologizing a lot you may be surprised how powerful it is. Taking responsibility for your behavior may be difficult, but it can prevent a bad situation from escalating.
Stonewalling can have disastrous effects on a relationship because the stonewaller withholds not only their words, but their interaction. An example of classic stonewalling is when someone covers their ears when they are in an argument. In a marriage, the result of one spouse refusing to communicate is a feeling of loneliness and disrespect.

How To Change Negative Behaviors

It probably comes as no surprise that divorce is associated with specific negative behaviors. There are very little behaviors that are more problematic than verbally abusive communication. Verbal abuse doesn’t leave the same physical evidence as domestic violence, but it can be equally painful, and can actually take longer to recover from.

Perhaps the only way to change a negative communication pattern characterized by stonewalling, contempt, criticism, and defensiveness is to replace kindness as your most important virtue. If you think that kindness or compassion is currently your most important virtue and you are practicing verbal abuse in the form of stonewalling, contempt, criticism, and defensiveness, I would ask you to rethink your position.