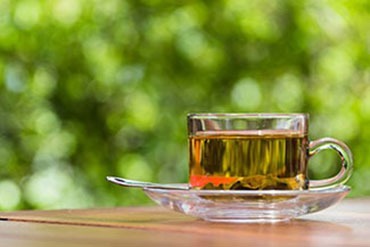 Green tea may be the healthiest beverage on the planet. It is loaded with antioxidants and nutrients that have powerful effects on the body. These include improved brain function, fat loss, a lower risk of cancer and many other impressive benefits. Below are a number of mental health benefits of green tea that are supported by studies.

Many of the plant compounds in the tea leaves do make it into the final drink, which contains large amounts of important nutrients . Tea is rich in polyphenols that have effects like reducing inflammation and helping to fight cancer. Green tea is about 30 percent polyphenols by weight, including large amounts of a catechin called Epigallocatechin Gallate (EGCG). Catechins are natural antioxidants that help prevent cell damage and provide other benefits.

These substances can reduce the formation of free radicals in the body, protecting cells and molecules from damage. These free radicals are known to play a role in aging and all sorts of diseases including emotional health and psychiatric disorders.

Epigallocatechin Gallate and the Brain

EGCG is one of the most powerful compounds in green tea. It has been studied to treat various diseases and may be one of the main reasons green tea has such powerful medicinal properties.

Green tea does more than just keep you awake, it can also make you smarter. The key active ingredient is caffeine, which is a known stimulant. It doesn’t contain as much as coffee, but enough to produce a response without causing the “jittery” effects associated with too much caffeine.

What caffeine does in the brain is to block an inhibitory neurotransmitter called Adenosine. This way, it actually increases the firing of neurons and the concentration of neurotransmitters like dopamine and norepinephrine.

Caffeine has been intensively studied before and consistently leads to improvements in various aspects of brain function, including improved mood, vigilance, reaction time and memory.

However, green tea contains more than just caffeine. It also has the amino acid L-theanine, which is able to cross the blood-brain barrier. L-theanine increases the activity of the inhibitory neurotransmitter GABA, which has anti-anxiety effects. It also increases dopamine and the production of alpha waves in the brain.

Studies show that caffeine and L-theanine can have synergistic effects. The combination of the two is particularly potent at improving brain function . Because of the L-theanine and the smaller dose of caffeine, green tea can give you a much milder and different kind of “buzz” than coffee. Many people report having more stable energy and being much more productive when they drink green tea, compared to coffee.

Green tea contains less caffeine than coffee, but enough to produce an effect. It also contains the amino acid L-theanine, which can work synergistically with caffeine to improve brain function.

Not only can green tea improve brain function in the short term, it may also protect your brain in old age. Alzheimer’s disease is the most common neurodegenerative disease in humans and a leading cause of dementia.

Parkinson’s disease is the second most common neurodegenerative disease and involves the death of dopamine producing neurons in the brain. Multiple studies show that the catechin compounds in green tea can have various protective effects on neurons in test tubes and animal models, potentially lowering the risk of Alzheimer’s and Parkinson’s.

The bioactive compounds in green tea can have various protective effects on the brain. They may reduce the risk of both Alzheimer’s and Parkinson’s, the two most common neurodegenerative disorders.