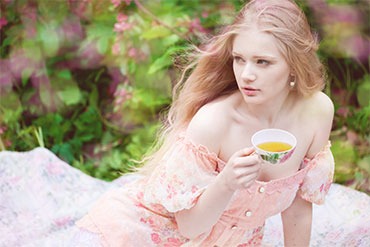 You’ve probably heard all the statistics about obesity. According to the Centers for Disease Control and Prevention (CDC), in some states, more than 35 percent of adults are obese. The World Health Organization (WHO) explains that globally, obesity prevalence has almost doubled since 1980. And across the United States, obesity rates are rising to unprecedented levels.

Then there’s the many health risks associated with obesity. For one, obesity increases the risk for diabetes, kidney failure, circulatory and cardiovascular issues. As far as mental health, obesity is associated with significant psychological consequences, including increased depression, anxiety and decreased self-esteem. It can also lead to disordered eating, avoidance of physical activity and avoidance of medical care.

Fortunately, there are many strategies to deal with obesity – from psychotherapy to alternative treatments. One beverage that has received a lot of attention is green tea.

Consumption of green tea may enhance health because it reduces the incidence of cancer in various experimental models, is a potent antioxidant, and modulates serum cholesterol concentrations . Green tea also has effects on body weight and energy expenditure.

If you like tea, and you like healthy beverage options, you’ve joined the ranks of the other 158 million Americans who are enjoying a cup on any given day. It’s estimated that last year, over 80 billion—that’s right, billion—servings of tea were consumed by the tea lovers of America. That translates into roughly 3.60 billion gallons.

Although black tea is the most popular—it accounts for about 84 percent of all tea consumed—green tea is reported to be growing at a much higher volume than black. Our guess is that’s because of green tea’s potential role in weight loss. I decided to take a closer look at how you can drink green tea for weight loss.

Green tea can help you lose weight. Several studies have suggested that the flavonoids and caffeine in green tea can help elevate metabolic rate, increase fat oxidation and even improve insulin activity. One study showed that those who consumed green tea and caffeine lost an average of 2.9 pounds during a 12-week period, while sticking to their regular diet. Another study suggested the increase in calorie output was equal to about 100 calories over a 24-hour period.

You don’t need to drink a lot of green tea to help you lose weight. While weight loss benefits vary based on different dynamics, they have been found by drinking as little as 2.5 cups of green tea per day. Some green tea varieties are better for weight loss than others.

If you’re all about that green and on a weight-loss mission, you might want to choose Matcha green tea—the richest green tea source of nutrients and antioxidants. The whole leaf is ground and consumed as part of the beverage, as opposed to other (most) types of green tea where the leaves are steeped and then the tea is consumed.

There’s a right and wrong way to brew green tea. When brewing green tea, take a little extra care, as boiling water is bad for the precious catechins (tea’s healthy chemicals). Do bring your water to a boil, but let it rest for about ten minutes. Then, pour the water over the tea and brew for about one minute before serving. Of course, the brew time can be made shorter or longer, depending on your taste.

Green tea has many health benefits. It contains many nutrients, including antioxidants and anti-cancer and brain-healthy compounds. One thing is for sure: regardless of whether or not you’ll shed pounds with green tea, drink it anyway. All teas contain many healthful nutrients; it’s one of the healthier choices for a beverage.