Incidence and Statistics of Eating Disorders 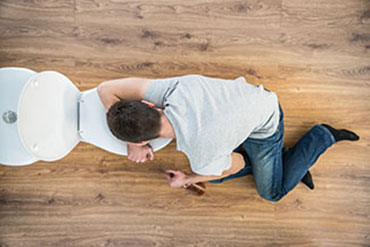 The relatively-new diagnoses of anorexia nervosa, bulimia nervosa, and binge eating disorder were first publicized by the American Psychiatric Association in the 1950s, these types of behaviors have been around for centuries and have even been practiced in ancient times.

Studies have suggests that up around 5% of Americans have some type of eating disorder, and many experts believe the figure is much higher. Those suffering with an eating disorder are often able to hide their illness until outward signs result, such as severe weight loss or gain.

Anyone can develop an eating disorder, although females have historically been more likely than males to have the problem. In the United States, 20 million women and 10 million men will suffer from an eating disorder. Increased social and cultural pressures have caused a sharp increase in the incidence of eating disorders among young males.

A 2007 study at Wesleyan University in Middletown, Connecticut discovered that eating disorders increased significantly among American boys between 1995 and 2005. he study, which examined weight control behaviors among high school students, identified a large increase in all forms of weight control behaviors among males, including dieting, the use of diet products, purging, and exercise. Hispanic males were most likely to practice weight control, while white males were least likely. The researchers also noted that there was a significant increase in dieting among female adolescents.

According to the researchers, white females were most likely practice weight control while black females were least likely. The authors of the study suggested that increased weight control behavior in males suggested growing social pressure for males to achieve unrealistic body expectations, which in turn increases the risk of body dissatisfaction and eating disorders. Investigators felt that males may be less likely to get help because of negative attitudes toward treatment and that these beliefs could hamper their recovery.

Eating disorders have the highest mortality rate of any mental illness. The mortality rate among people with anorexia has been estimated at 0.56% per year, or about 5.6% per decade, which is about 12 times higher than the annual death rate due to all causes of death among females ages 15 to 24 in the general population.  Suicide is a major cause of death for people with an eating disorder.

Eating disorders can begin with a simple desire to lose weight. Most of us want to trim off a few unwanted pounds at some point in our lives and once we shed them, we’re satisfied. For some people, losing weight and keeping weight off becomes an obsession that can lead to anxiety, depression, and other irreversible health damage, such as stunted growth, thinning bones, infertility, injury to teeth and internal organs, and death.

Eating disorders are distinguished by severe disturbances in eating behavior. The practice of an eating disorder is a survival mechanism that can be an expression of something that the person has no other way of expressing. Just as an alcoholic uses alcohol to cope, a person with an eating disorder uses eating, purging or restricting to deal with their problems.

Some of the emotional issues that are associated with an eating disorder include low self-esteem, depression, feelings of loss of control, feelings of worthlessness, identity concerns, family communication problems and an inability to cope with emotions.

For those with anorexia, bulimia or compulsive overeating, every meal is a minefield. Their lives are controlled by food and gaining or losing weight becomes the focus of their existence. They tend to feel guilty, isolated, depressed and ashamed. In response to these feelings, they compulsively overeat, binge purge, and/or starve themselves. All eating disorders have one thing in common; they can be fatal if left untreated.