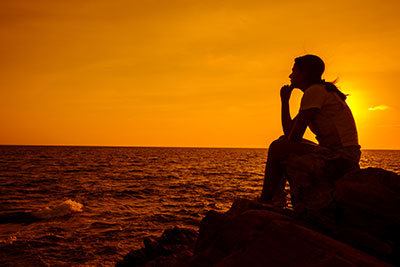 Post-traumatic stress disorder (PTSD) can occur at any age, including childhood, and there is some evidence that susceptibility to PTSD may run in families. Women are more likely than men to develop it. The disorder is often accompanied by depression, substance abuse, or one or more other anxiety disorders.

PTSD is commonly associated with war veterans. In fact, research has indicated that as many as 30% of veterans experience PTSD at some point after a war. The disorder also frequently occurs after violent personal assaults such as rape, mugging, or domestic violence, terrorism, natural or human-caused disasters, and accidents.

Symptoms of PTSD often are grouped into four main categories:

Whatever the original source of the trauma, some people with PTSD repeatedly relive the event in the form of nightmares and disturbing recollections during the day. Anniversaries of the traumatic event can be particularly difficult. Ordinary events sometimes serve as reminders of the trauma and trigger flashbacks or intrusive images that lead to high anxiety. A person having a flashback—triggered by images, sounds, smells, or feelings—may lose touch with reality and believe that the traumatic event is happening all over again.

Fortunately, not every traumatized person gets full-blown PTSD, or experiences PTSD at all. PTSD is diagnosed only if the symptoms last more than a month. In those who do develop PTSD, symptoms generally begin within 3 months of the trauma. The course of the illness varies with some people recovering within 6 months, while others have symptoms that last much longer. If someone has the symptoms of PTSD for less than 30 days, they are considered to have acute stress disorder.

Acute stress disorder (ASD) is an anxiety disorder characterized by a cluster of dissociative and anxiety symptoms occurring within one month of a traumatic or stressful event. The dissociation that occurs is a psychological reaction to trauma in which the mind tries to cope by sealing off some features of the trauma from conscious awareness. For example, certain thoughts, emotions, sensations, and/or memories are compartmentalized because they are too overwhelming for the conscious mind to integrate.

The symptoms of ASD are similar to those of PTSD, but of shorter duration, lasting at least 2 days but less than a month after a traumatic event. For people with ASD, psychotherapy can be a useful intervention and help prevent the development of PTSD.