Research on Cannabis and Anxiety 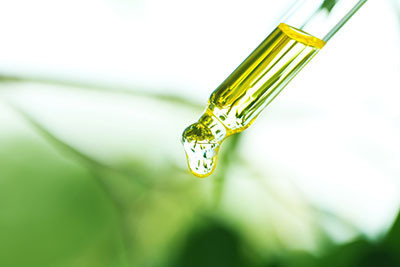 Medicinal cannabis has received increased research attention over recent years due to loosening global regulatory standards. With respect to personal use, contemporary consumers of cannabis report (as accessed via meta-analysis of patient usage data) that anxiety (50%), depression/mood (34%) and pain (64%) are the most common reasons.

Cannabis has been found to be a modulator of anxiety, with recent data showing that it targets specific brain regions, including the medial prefrontal cortex, amygdaloid complex, bed nucleus of stria terminalis, and hippocampus. It also interacts with the CB1 receptor causing a calming effect on GABAergic and glutamatergic transmission.

In a 2014 study at Institute of Psychiatry in Rio de Janeiro, researchers discovered some of the means by which cannabis sativa helps anxiety. After examining the effects of cannabis sativa on rats, the researchers concluded cannabidiol (CBD) was effective as an antidepressant-like and anxiolytic-like compound.

Research has shown that CBD produces a calming effect in the central nervous system. In 2019, researchers conducted a large retrospective case series at a psychiatric clinic involving clinical application of CBD for anxiety and sleep complaints. The researchers charted monthly documentation of anxiety and sleep quality in 103 adult adults. At the 30 day mark, the researchers found that CBD was effective at reducing the symptoms of both anxiety and sleep disorders. In addition, CBD was found to be safe and well-tolerate.

In 2019, researchers conducted the first clinically-focused systematic review on the emerging medical application of cannabis across all major psychiatric disorders. The investigators concluded that cannabis was beneficial for a number of anxiety disorders, including social anxiety disorder and posttraumatic stress disorder (PTSD).

A similar study review looked at 11 studies that used cannabis for the management of PTSD symptoms in returned armed services veterans. The researchers found that cannabinoid use was associated with global improvements in PTSD symptoms, such as insomnia and nightmares. They found that substantial numbers of military veterans with PTSD use cannabis or derivative products to control PTSD symptoms, with some patients reporting benefits in terms of reduced anxiety and insomnia, and improved coping ability.

The proposed neurobiological mechanisms by which medicinal cannabis helps with PTSD are varied and mostly derived from animal research. There are high concentrations of endocannabinoid receptors in the prefrontal cortex, amygdala and hippocampus that have a role in fear acquisition and extinction. Research has shown that cannabis acts directly on these areas of the brain.

A retrospective study analyzed PTSD symptoms collected during 80 psychiatric evaluations of patients applying to the New Mexico Medical Cannabis Program from 2009 to 2011. The examination revealed a greater than 75% reduction in PTSD scores in patients with PTSD who were using cannabis compared to when they were not using it.

As more states legalize marijuana, both for medicinal and recreational use, more people are turning to cannabis in hopes of managing anxiety, particularly PTSD. There may be several drawbacks with everyday use of cannabis. Several studies have found that long-term marijuana use can cause memory loss. Memory impairment can occur because THC alters one of the areas of the brain, the hippocampus, responsible for memory formation. THC can also have negative consequences on the brain’s motivation system. Because it can raise your heart rate, THC can make some people with anxiety even more anxious.

Although the main psychoactive constituent of cannabis is tetrahydrocannabinol (THC), the plant is known to contain more than 500 compounds, among them at least 113 cannabinoids. Cannabinoids are a group of closely related compounds that act on cannabinoid receptors, which are part of the endocannabinoid system found in cells that alter neurotransmitter release in the brain.