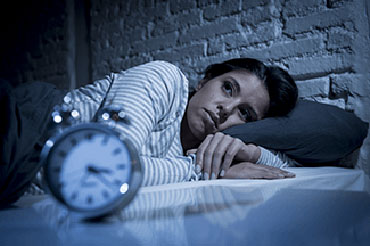 A recent study finds that even relatively minor sleep disturbances can increase the risk of high blood pressure in women. This increase was measured even in women who slept for the recommended duration. Even mild sleep disturbance may increase hypertension risk in women.

For some time, we have known that insufficient sleep increases blood pressure, and, therefore, the risk of heart-related diseases. Recently, researchers from Columbia University Irving Medical Center in New York conducted a study to assess whether or not less serious sleep issues could cause measurable cardiovascular effects.

An estimated one third of people in the United States do not get enough sleep. And, women seem to be affected more often than men. There are several reasons why sleep problems are more common in women. For instance, women are more likely to be care-givers for children and elderly relatives, and they also experience shifts in hormones both monthly and across their lifespan.

For this reason, the scientists decided to focus their study on women. Lead study author Brooke Aggarwal explains why the prevalence of sleep disturbance in women is particularly worrying. Studies have shown that sleep deprivation and milder sleep problems may have a disproportionate effect on cardiovascular health in women.

To investigate, the scientists studied 323 healthy female participants aged 20–79. As well as more severe sleep problems such as sleep apnea — wherein a person stops breathing for short periods of time while asleep — they tested for more minor problems, such as poor sleep quality, difficulty dropping off, and insomnia.

Their results were published recently in the Journal of the American Heart Association. The researchers used a wristwatch-like device to monitor the women’s sleep. They revealed that women who displayed minor sleep problems — even those who slept for 7–9 hours each night — were more likely to have elevated blood pressure. In sum, even when the amount of sleep was at recommended levels, sleep disturbances still increased the risk of hypertension.

The researchers concluded that Relatively mild sleep disturbances such as poor sleep quality, prolonged time to fall asleep, and insomnia are associated with increased blood pressure and vascular inflammation in women, even in the absence of sleep deprivation.

Of the participants, 26 women also allowed the researchers to sample endothelial cells — the cells that line blood vessels — from the vein in their arms. The team assessed the samples for a protein called endothelial nuclear factor kappa B, which is related to inflammation and can signal the development of cardiovascular disease.

As expected, the scientists found a relationship between sleep disturbance and inflammation in endothelial cells. Their findings suggest that mild sleep problems could possibly initiate the vascular endothelial inflammation that’s a significant contributor to cardiovascular disease.

To learn more about natural therapeutic ways to help sleep problems, check out Dr. Fredricks’ book Healing and Wholeness: Complimentary and Alternative Therapies for Mental Health.  It’s a comprehensive overview of complementary and alternative medicine (CAM) treatments for mental health, with information and research on their effectiveness for treating specific disorders.

Twenty-two chapters  document research and psychology books and the current practice of CAM in treating psychiatric disorders.  The therapies covered are both state-of-the-art and ancient, including naturopathy, psychotherapy, hypnotherapy, nutritional therapy, herbal medicine, meditation, and other CAM therapies.