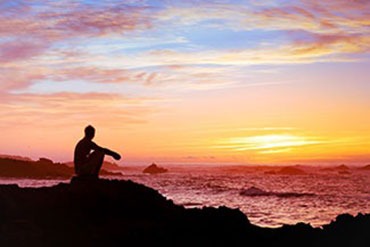 Grief is one not only one the sadness and lowest points in a person’s life, it can also be the most disabling. In the past few decades, researchers have diligently been examining the difficulty many people have processing grief and have discovered that around 10 percent of people have a more prolonged type of grieving experience.

Prolonged grief disorder (PGD) is a newly proposed mental health condition that consists of symptoms of unusually prolonged and disabling grief. As compare to other forms of grief – such as complicated grief  – the bereaved person with PGD feels a constant inability to adjust to life without the person or pet who has past.

Mental health professionals have  been suggesting the inclusion of PGD in the The Diagnostic and Statistical Manual of Mental Disorders (DSM) and the International Classification of Diseases (ICD) for the past decade. The following is an example of the proposed diagnostic criteria:

Research has suggested that PGD can be identified as a distinctive disorder and that psychotherapy can reduce PGD symptoms.  Psychotherapy for adults with PGD can be beneficial. Cognitive– behavioral grief-targeted interventions were found to be more effective than nonspecific therapy. In one study, 100 participants who received 16 sessions of either interpersonal therapy tailored to target PGD had better results than those receiving regular therapy.

Other effective aspects of PGD therapy include encouraging patients to address the loss and the restoration-focused tasks of grieving. In addition, emphasis is placed on processing the loss and recovering satisfying life functioning and purposeful engagement.

Research has not supported the assumption that the moment of death is the most distressing experience for most bereaved individuals or that repeated exposure to such memories help during treatment. Rather than emphasize repeated exposure to the death, research has recommended that clinicians focus on restoration-focused interventions that involve behavioral activation and encourage increased engagement with the outside world.