Tai Chi and Qigong for Stress 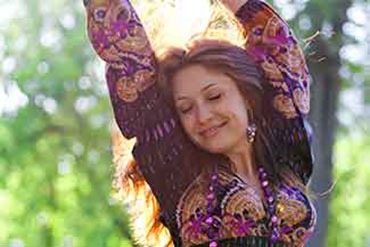 Like Qigong, Tai Chi is a Traditional Chinese medicine (TCM )practice that has been practiced for over centuries. Practicing Tai Chi is related to improvements in mental health, emotional well-being, and stress reduction. As a martial art, Tai Chi is a mind/body technique that increases concentration and reduces stress by producing a feeling of calm.

In a controlled trial at La Trobe University in Australia, Tai Chi practice and meditation resulted in significant biochemical and psychological improvements in the response to a stressful experience. A German study of Tai Chi practice over 18 weeks with young adults measured blood pressure, heart rate, saliva cortisol, and perceived stress. The researchers reported a significant decrease in perceived mental stress as well as marked improvements in general health, social functioning, vitality, and psychological well-being.

Qigong is a type of TCM that is over 5,000 years old. One of the most attractive aspects of Qigong is that it can be done by almost anyone in a wide variety of settings, including at home.

There are two main types of Qigong: internal and external. Internal Qigong is a self-directed practice that engages people in their own health and well-being with the use of meditation, movement, and sounds. External Qigong is performed by a practitioner who uses their hands on a patient with the aim of healing.

A number of studies have shown that Qigong helps to reduce psychological stress. In one study, Qigong improved the symptoms of psychological distress in chemotherapy patients.

A Swedish study of computer workers demonstrated that Qigong reduced noradrenaline excretion (a measure of stress), and influenced the heart rate and temperature, indicating reduced activity of the sympathetic nervous system. The researchers concluded that Qigong exercise had significant stress reducing capabilities.

Most people find it helpful to practice tai chi and qigong in the same place and at the same time every day in order to develop discipline. If your schedule is hectic, do tai chi or qigong whenever you have a little time to spare. You can even practice the soothing meditative concepts of tai chi and qigong without performing the actual movements when you find yourself in a stressful situation.